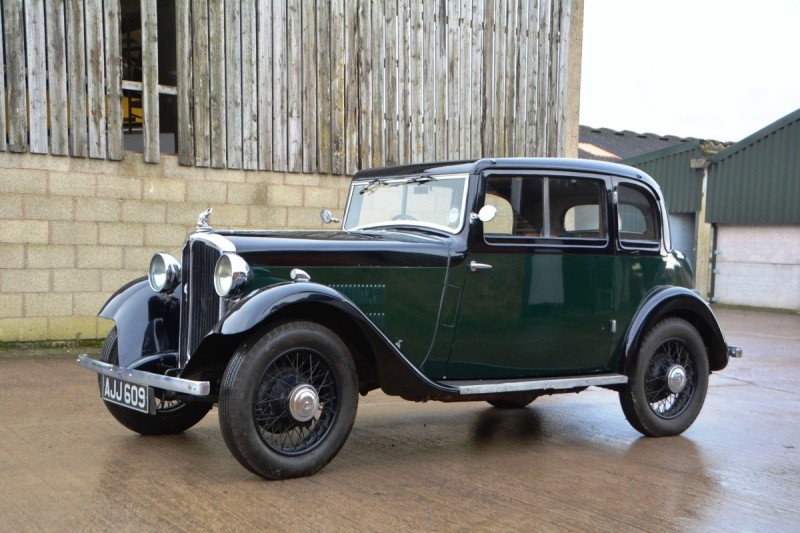 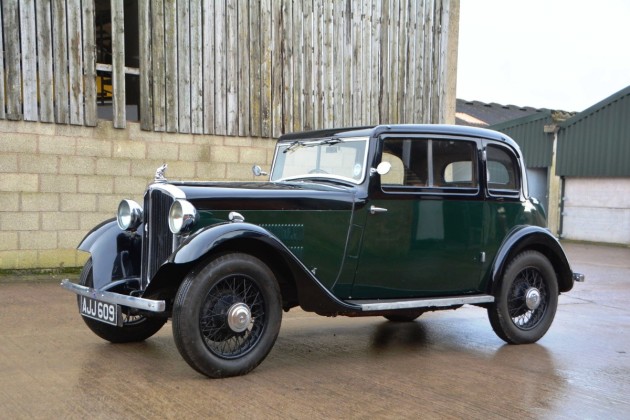 Now here’s something you don’t see every day – a two-door version of Rover’s delightful 10hp Saloon. In fact this is the first one we have seen in 15 years of hosting these sales and it could be a long time before you see another.

Synonymous with high-quality cars since the late 1920s, Rover occupied a comfortable niche in the market supplying luxurious and beautifully built machines to the middle-class motorist who demanded something a cut above the average. Not particularly fast or ostentatious, they had a peculiarly British combination of understated elegance and engineering excellence.

Clothed in a handsome all-steel body and powered by a four-cylinder OHV 1,185cc engine producing 25bhp, the Ten gained a four-speed ‘box from 1932 and could lope along all day at 50mph. The Coupe version was particularly attractive with wide rear-hinged doors for easy access, ingenious two-pane door windows, lashings of wood and leather and comfortable seating for four.

This particular Coupe was first registered in London in May 1934, an old buff logbook showing that after the war it was in regular use around Hertfordshire before moving to Dorset at the end of the 1960s. Our vendor acquired the car in 2013 from a gentleman who had owned it for the previous 10 years and it was used regularly until a short time ago when it began to lose water due to a crack in the cylinder head.

Although it was deemed repairable, our vendor managed to locate a new head which was duly fitted – and turned out to have exactly the same problem. With several other vintage cars to occupy his time, he has now reluctantly decided to pass the Rover on to someone with more enthusiasm to have a second crack at the problem (no pun intended). Otherwise in delightful condition throughout and recently fitted with a recored radiator and reconditioned dampers all round, this handsome Coupe was reportedly driving beautifully with spritely performance and light steering prior to the current setback.

Supplied with a V5C, a few invoices and the original head, it also retains its original engine and (transferable) number plates and a good engineer will doubtless have it back on the road in no time.