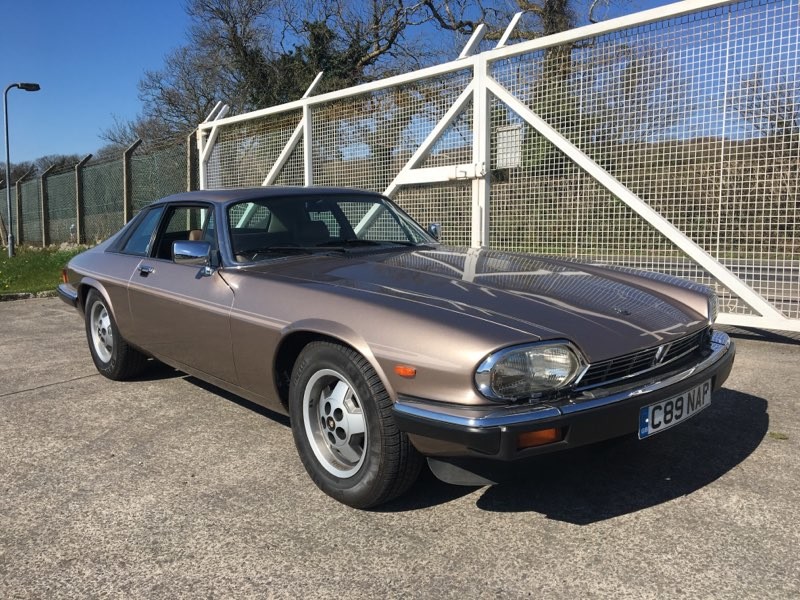 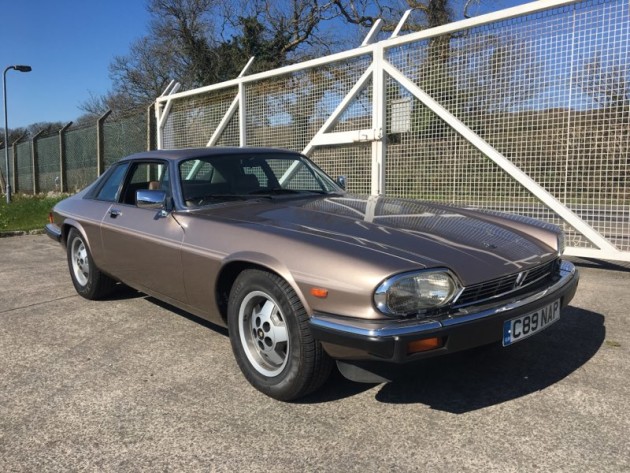 A rare survivor, this early XJS V12 HE Automatic shows just 54,000 miles covered by its three owners and was supplied new to a Mr Agar by Caffyns of Hove in August 1985, finished in bronze with hide interior.

The HE’s history file is rather impressive with a host of invoices, owners pack, 2 sets of keys and a service booklet showing some 16 stamps plus additional coupon and stamp for a factory recall in November 1990. The service stamps are all exclusively Jaguar main dealers bar the last three carried out by marque specialists.

We understand that the car was in storage for a number of years, being recommissioned in 2014 by leading Jaguar specialists Racing Green at a cost of some £5,472 at 50,553 miles. The works included (but were not limited to) attending to seized brakes, removal of the rear subframe, fitment of overhauled callipers, new pads and hoses front and rear as well as the replacement of a corroded front cross member, replacement of the complete exhaust system with a new stainless-steel exhaust including downpipes and tail piece trims.

The A/C system in these earlier cars is considered vastly outdated, so Racing Green fitted the updated R134A conversion kit, as well as freeing off seized heater flap servos. The fuel tank was also stripped and replaced as well as various other gaskets and seals on the engine. Further historic invoices on file show regular maintenance and the three old MOTs show only limited use between tests. The last MOT expired in September 2019 and showed just one advisory for weak steering rack bushes.

The car presents well, with none of the usual XJS problem areas on the body. It has period correct alloy wheels, straight coach lines and the interior is snug, original and showing only limited signs of use. Bag a good XJS and it will serve you well, they still turn heads today and are only going up in value, particularly the earlier and late model cars.