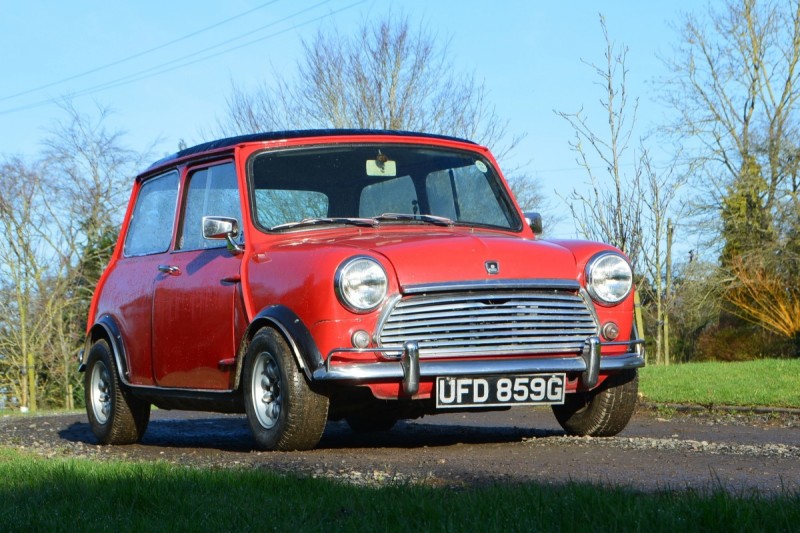 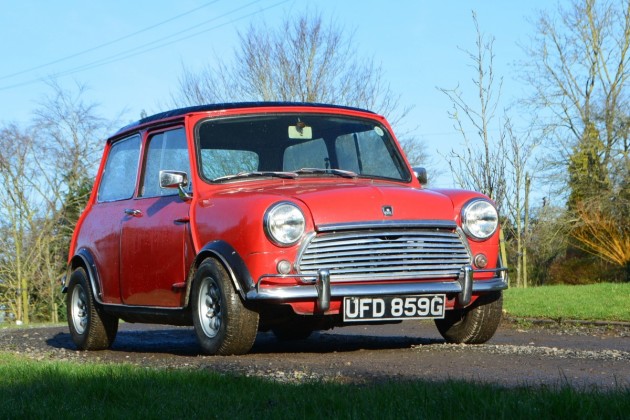 A real giant-slayer, the Mini Cooper made its debut in 1961 and went on to become one of the most successful competition cars of all time, literally running rings round far bigger and more potent opponents by dint of its incredible handling.

Initially fitted with a 997cc long stroke engine, this was supplanted in 1964 with the 998cc unit. The standard output of 34bhp increased to 55bhp, upping top speed to 90mph, and the twin SUs, close ratio gearbox and front disc brakes made for a very successful formula. A shorter stroke higher power 'S' version was also available, primarily for circuit racing.

A major revamp occurred in 1967 with the introduction of the MkII. This had a larger rear window and a different grille amongst a raft of other cosmetic changes, the 998cc engine remaining the same. Some 16,000 MkII Coopers were sold before production came to an end in 1969 and survivors are now increasingly prized by collectors.

First registered in March 1969, this Morris Cooper MkII is finished in classic Tartan Red with a black roof and rides on a set of 5Jx10 Minilite-style alloys shod with Yokohama tyres which give it a businesslike stance. As you can see it is no precious show queen, just an honest usable car that you won’t be afraid to chuck down the lanes or leave in the supermarket car park. Recently fitted with a new water pump, it comes with a V5C and an MOT to September 2020 with just one advisory for slight play in both front wheel bearings. Mini parts are cheap and easily available making this a car that can be used as is and gradually improved over time as desired.

Although values of the MkII Cooper have traditionally lagged some way behind those of the MkI, the gap has been closing in recent times and it is becoming increasingly hard to find usable examples on a budget. This car is being offered at around half the price of a top example which leaves plenty of scope for enhancement. So if you’ve ever fancied one of these cute little giant-slayers, it might pay you to stick your hand up today rather than kick yourself for your hesitancy tomorrow...