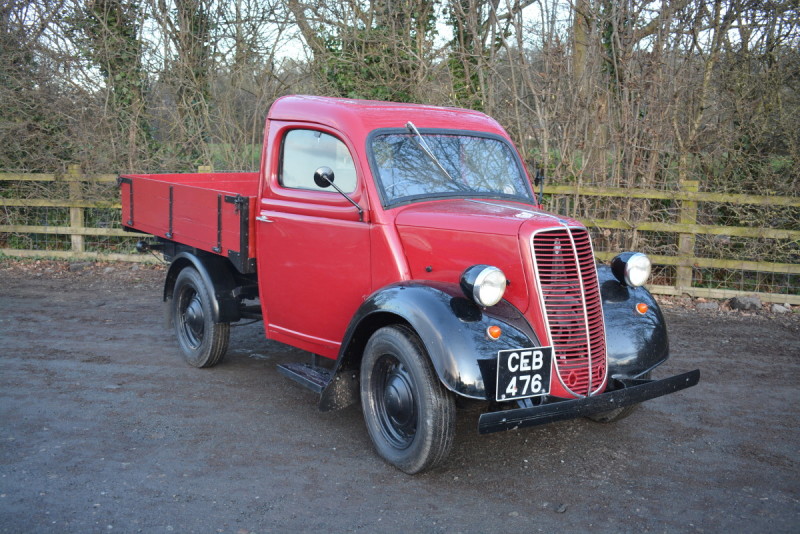 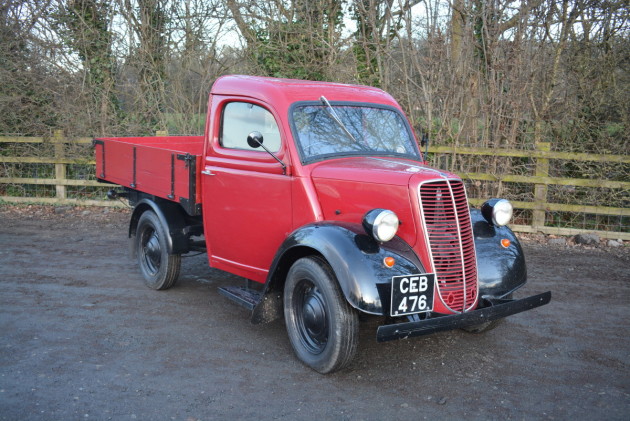 In 1938, Ford of England introduced the E83W Thames, a light van using the 1,172cc side-valve Ten engine. With a commodious body and robust chassis and axles, it served well and sold in vast numbers until replaced by the modern looking 400E Anglia based van in 1957.

Rated at 10cwt, they were marketed under the Fordson brand and sold alongside the larger Ford trucks and tractors. They played an important role during the war, serving as general purpose delivery vehicles, mobile canteens and even as fire appliances.

This 1951 E83W is a little beauty in its red and black paintwork and looks ready and willing to do another honest day’s work – which is more than you can say about a lot of 69-year-olds.

Nothing is known of the early life of this pickup and, considering the harsh use such vehicles normally receive, it is a bit of a miracle that it is still around – when did you last see one? CEB 476 has obviously been restored at some point but there is no record of this either. This little truck has been attending various classic car shows over the last five years in the hands of its current owner and has attracted a lot of attention. It may not be the fastest thing on four wheels but it is undeniably appealing.

Not a concours winner, it is, however, well-presented and nicely done in a workmanlike manner which is just right for the kind of vehicle it is. The non-standard seats are a welcome luxurious upgrade and the addition of an electric cooling fan is a wise move. Otherwise, the truck appears very much as it would have done in 1951 when traffic was lighter and slower and none the worse for it.

This is a fine down-to-earth commercial and would make a great pairing with its larger V8-engined sibling also on offer today.

For more information on this lot please go to: https://www.brightwells.com/lot-details/100012164.