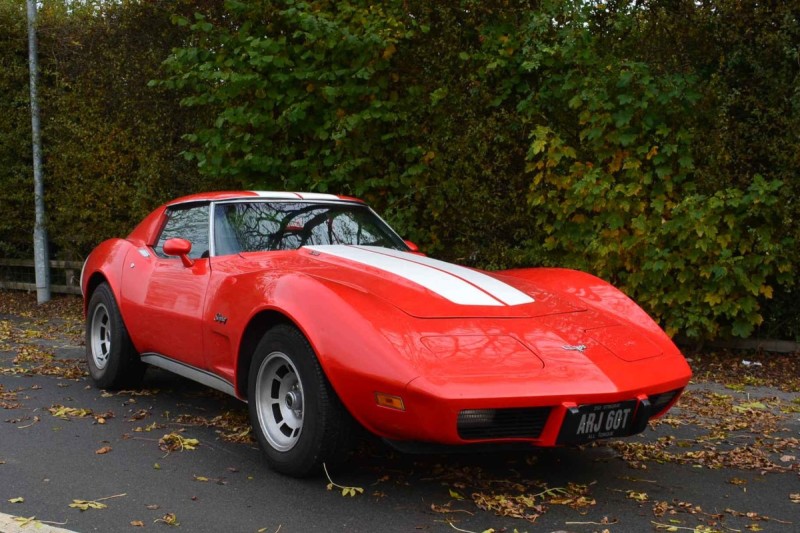 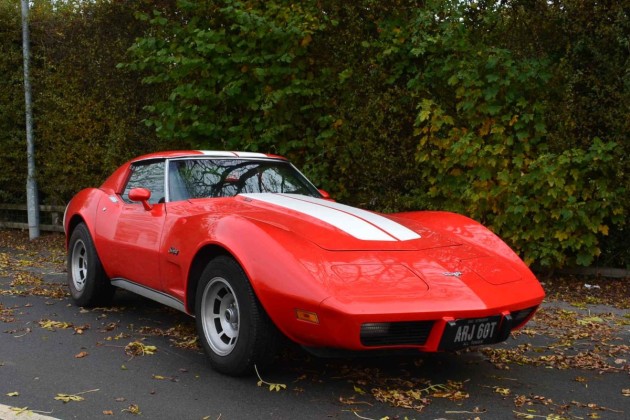 One of legendary stylist Harley Earl's most outstanding designs, the fibreglass-bodied Chevrolet Corvette was launched in 1953 and has remained in production in one form or another right up to the present day.

So far there have been eight generations, C1 (1953-62) to C8 (2020 onwards), all quite different from each other in appearance. The C3 cars (1968 to 1983) are particularly distinctive and were inspired by a combination of the Jaguar E-Type and a Mako shark that stylist Bill Mitchell caught off the coast of Florida. Low, wide and ultra-aggressive, the C3 really does look like something out of a Batman movie.

All were powered by V8 engines of various sizes, peaking in 1971 with a 7.4-litre that produced 425bhp. After that, the introduction of unleaded fuel and increasingly stringent emissions regulations meant that power declined, although this 1977 Targa Top 5.7 V8 still has more than enough horses under the bonnet to put a big grin on the driver’s face – 350bhp and 380lb/ft from the factory but plenty more since...

Imported to the UK way back in 1979, it was acquired by our vendor about 18 months ago from a friend who had owned it for 10 years. Notes on file indicate that the engine has been rebuilt and uprated with Edelbrock Performer RPM alloy heads, dome-top forged pistons (11:1 compression), lightened and balanced Eagle crankshaft, Weiand intake, 750 Holley carb and high stall torque converter, bringing the power up to over 400bhp. It has also had composite rear springs fitted.

Only lightly used in recent times, an MOT history check shows that it has covered just 2,000 miles in the last 13 years, the odometer now showing some 71,300 miles, and was driven some 180 miles to the sale with no problems whatsoever. Looking most dramatic in red with white go-faster stripes, it appears to be clean and tidy all round and comes with sundry invoices and old MOTs plus an original owner’s handbook.