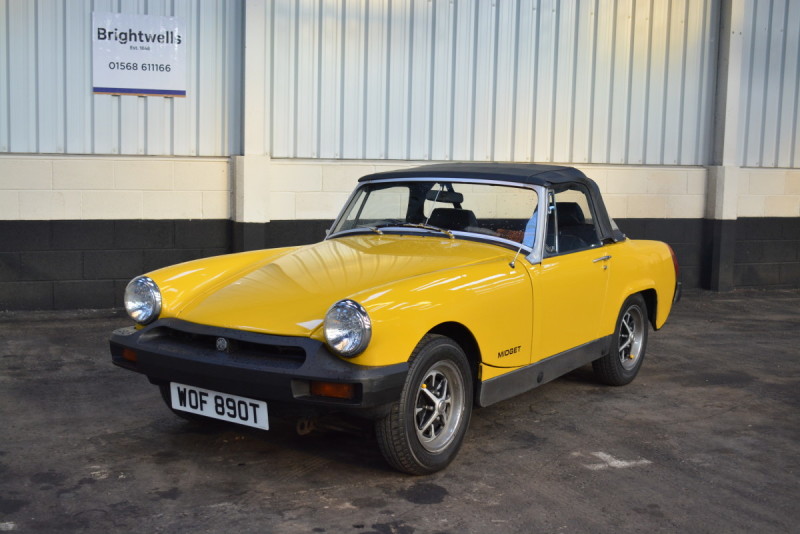 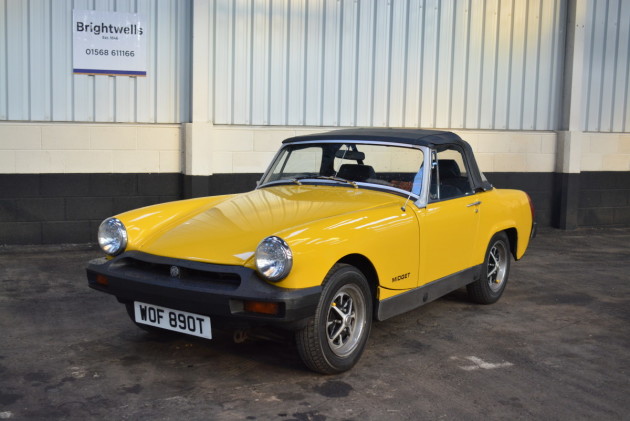 Growing more comfortable and civilised as the years passed by, the final version ended up with the 1,491cc engine from the Triumph Spitfire, wind-up windows, external door handles, servo brakes and of course the rubber bumpers that so characterised these last of the line Midgets.

Midget by name but far from Midget by nature, it was a nimble performer, eventually disappearing from MG’s line-up in 1980 by which time a colossal 266,000 had been delivered, 20% of these in its final 1500 form.

Those with a keen eye will already have spotted this 1978 Midget in another auction at Brightwells, back in 2016. Its then owner had bought it for a little summer fun before discovering he wasn’t quite as nimble as he once was – finding himself no longer able to jump in and out of the little sportscar. He had purchased it from a chap with a young family who had owned and loved the car since 2007, but was finding its lack of baby seats a disadvantage. It came with a decent file of bills and invoices pointing to much expenditure in the past.

We sold the car to a younger, more agile keeper who, being an employee of one of the largest UK main vehicle dealers, knows the difference between a big end and a little end and he has given her a few birthdays since then.

The car you see here has definitely improved since we last saw it and although it doesn’t need it, sports an MOT until 22nd March, so it should be ready to be used and enjoyed. On offer at No Reserve - the highest bid buys the car so it is certainly worth a close inspection. We would hate you to miss out on this one!