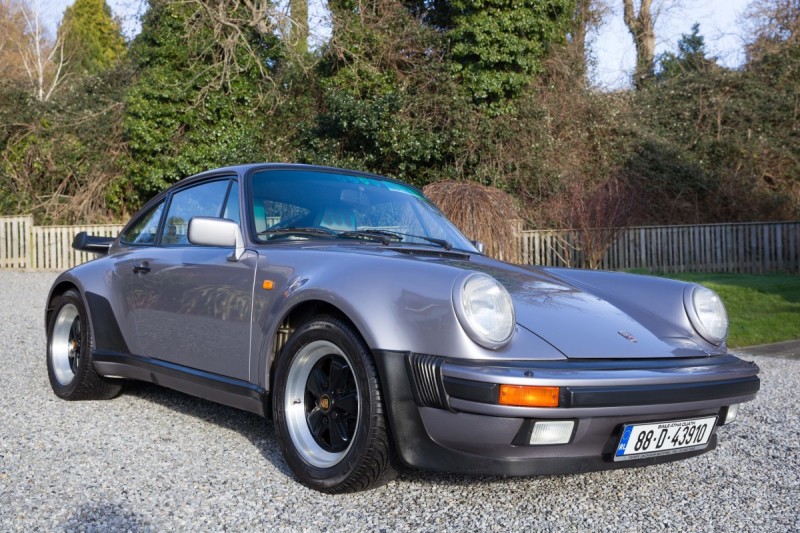 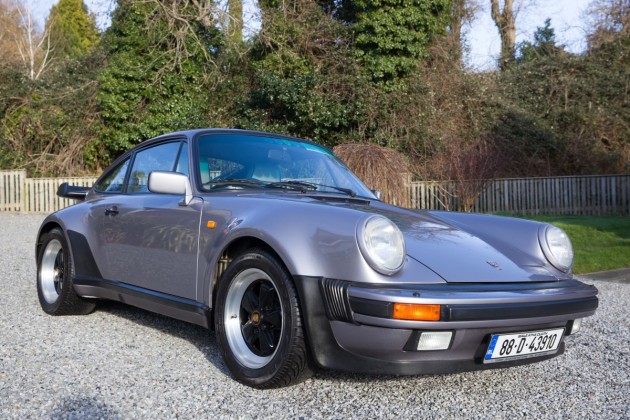 “I never thought the day would come when Ferraris, Maseratis, Lamborghinis and similar exotica would pale into insignificance in my book of motoring, but that day came with the Porsche Turbo… When the boost comes in it is electrifying and the straight-line performance is almost more than one is prepared to unleash on the open road. I used all its acceleration in 1st, 2nd and 3rd and felt that the continuing acceleration in 4th gear was almost more than I wanted to cope with, the first car that has given me that feeling on the road” - Denis Jenkinson, Motor Sport, 1977.

In the early 1980s, no red-blooded schoolboy's bedroom was complete without at least two posters on the wall – one of a rather shapely tennis player scratching her pert behind, the other of a 160mph Porsche 911 Turbo. Both provided sufficient fantasy material to keep a boy pleasantly amused for hours...

Launched in 1975 and internally known as the 930, the 911 Turbo was a beast of a car that took the motoring world by storm. Not only did it have just about the biggest spoiler ever seen on a production car, but it had the kind of explosive power normally only found in the barrel of a gun. Powered by a strengthened version of the 3-litre engine found in the RS, it used a de-tuned version of the turbo technology originally developed for the terrifying 917 Can-Am race car that, in qualifying tune, developed over 1,500bhp!

Initially only 500 3.0 Turbos were going to be made for homologation purposes but it proved such an intoxicating machine that over five times this number were sold up to 1978 when it was replaced by an even more effective 3.3-litre version, now with 300bhp and 303lb/ft torque. Not only did the extra torque make the new car more usable, the notorious 930 turbo lag moved into the realms of thrilling rather than intimidating, while vastly improved brakes (derived from the immortal 917 race car) addressed the only other weakness of the car which meant that deceleration was at last on a par with the ferocious acceleration (Motor declaring it the quickest production car it had ever tested in 1978).

Fast forward to 1988 and Porsche wanted to do something special for the 911's 25th birthday, so announced a 25th Anniversary model which incorporated piles of extra spec to entice the already discerning customer. Just two of these were built in 3.3-litre Turbo form with steering on the right hand side of the car, making this stunning example unique….well almost!

The other thing that makes this full-blooded Turbo stand out from the crowd is its stand-out condition. A multiple concours winner in the early noughties, it was purchased by the vendor some 15 years ago and has been maintained and kept up to scratch, if rarely exercised.

It has a great history file, its original and complete book pack showing 15 services in the book, mostly at Ronnoco Porsche in Egham and Dick Lovett in Swindon, all which help substantiate the recorded mileage of just 63,000 miles from new.

Its last recorded official service was in 2004 when the odometer read 57,848, not long before it left for Ireland to join the vendor’s collection of immaculate cars. It has subsequently been serviced with annual fluid & filter services by its fastidious owner.

Experian shows that it had four keepers in the UK before it was correctly imported into Ireland in September 2006. It is being sold with a NOVA number to assist in reregistering the car back on the UK mainland if that is where it is to stay.

A large file of concours successes at both Porsche Club and Autoglym level reveal high scores, its last outing recorded 307 points out of a possible 335 (nothing is perfect), indicating its condition back in 2005 which is still reflected in the car today.

Featuring all the spec you could ever want, low mileage and an impressive concours record, this RHD Anniversary Turbo really does tick every box.

Turbo prices took off into the stratosphere a year or three back, but have dropped back to much more accessible levels these days – opportunities like this come along once in a blue moon.