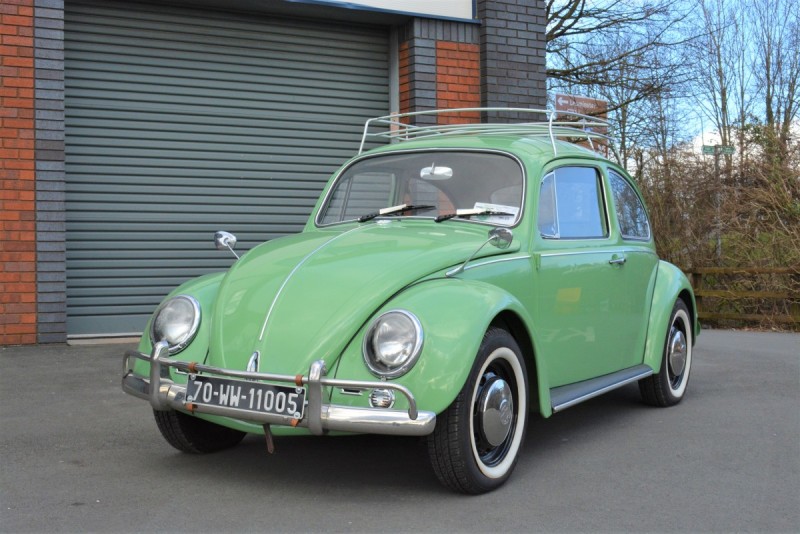 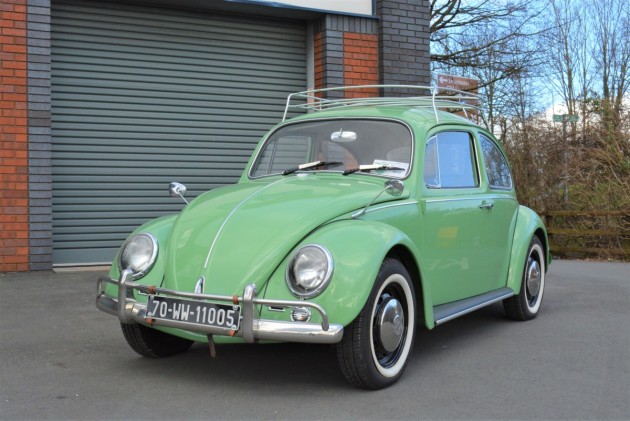 This mightily impressive 1970 Beetle has led an active life, running around as a daily driver until its young owner decided to give it a thorough work-over around 10 years ago.

He started by stripping it completely and being a competent welder, replaced those panels which needed sorting – all readily available thanks to the myriad of parts suppliers for these cars. He had always fancied a low-ride Beetle, so fabricated his own air suspension system using airshocks and airbags from Limebug, upgrading to front disc brakes at the same time.

The bodywork was resprayed in his favourite green and carefully reassembled into the mint (excuse the pun) example we see today. Much of the brightwork was replaced, including stainless bumpers and hubcaps.

At the time, it had a rather tired 1600 engine, so this was replaced by a 1300 Twin-Port which was stripped and overhauled and restored with resprayed tinwork and a highly detailed engine bay. An Empi short shift was also added.

The interior was restored using period ‘70s seats as he wanted the car to retain a stock feel – a result achieved with much attention to detail and he added lots of subtle features such as indicators hidden behind the chrome horn covers and a (less subtle) stylish OE roof rack. It was Magazine featured in the December 2016 edition of VolksWorld (front cover no less), its current owner acquired this show winning car shortly before the article came out.

The suspension was rather too extreme for his tastes, so he had it put back to standard, although the ‘air kit’ is included in the sale should its new owner wish to ‘ride-low’ again…

This subtly ‘backdated’ Bug is one of the nicest Beetles we have had the pleasure to offer and is offered alongside a further 10 Volkswagens in today’s sale. Anyone would think they were popular!