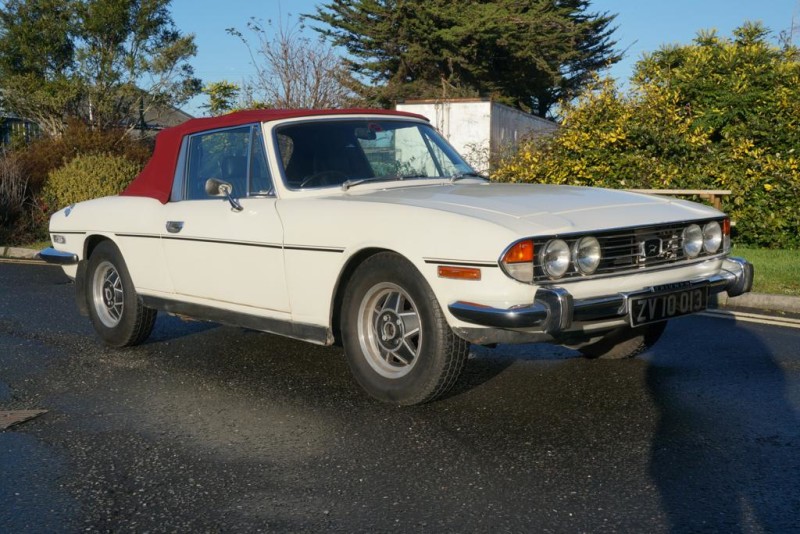 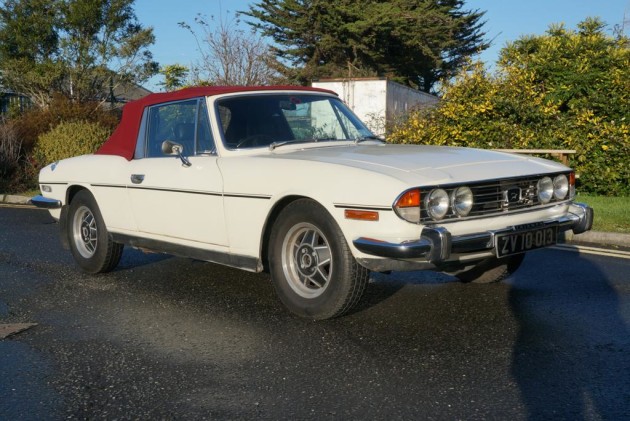 Produced between 1970 and 1978, the Triumph Stag was conceived as a gentleman's sports tourer to compete head-on with rivals like the Mercedes SL. Powered by an all-new 3.0 V8, its 145bhp was sufficient to push the car to 115mph accompanied by a wonderfully ‘woofly’ exhaust note.

It gained a reputation for unreliability in its day but, as with so much ‘perceived wisdom’, there was a lot of exaggeration at the time and over the years, the Stag’s vices have been ironed out turning it into the car it was meant to be which is reflected in rising values and increasing popularity.

This white Auto model still has a correct 3.0-litre V8 engine fitted and was sold new in Guernsey in 1975. From there, it was sent to the UK mainland in 1988 and has had a total of four owners prior to the vendor taking it to Ireland in 2012.

It has its original handbook, Passport to Service booklet with eight stamps and some MOTs, a stack of bills and spare keys. The odometer shows 77,000 which is believed correct, although there isn't a complete run of paperwork to substantiate this mileage.

Recent maintenance includes a new radiator core, water pump and hoses as well as a carburettor overhaul, new alternator and fuel tank and pump. It has also had new shock absorbers and a recent fresh set of tyres as well as a new battery and battery cradle.

Its owner, who runs a well respected Dublin-based car trimmers, has also recently added a new maroon soft-top (which naturally fits a treat). This sits on a refurbished hood frame, which was blasted and powder coated and the T-bar was retrimmed at the same time.

Older work includes a replacement steering rack and suspension work so it clear that the car has been well loved and well cared for and certainly sits well and looks the part.

The Stag has also been in regular use, so should provide its new owner with a very usable car which can be further improved as time and funds allow. It will be sold with the requisite NOVA number which should help to get its original registration number reinstated if the car is to remain in the UK.