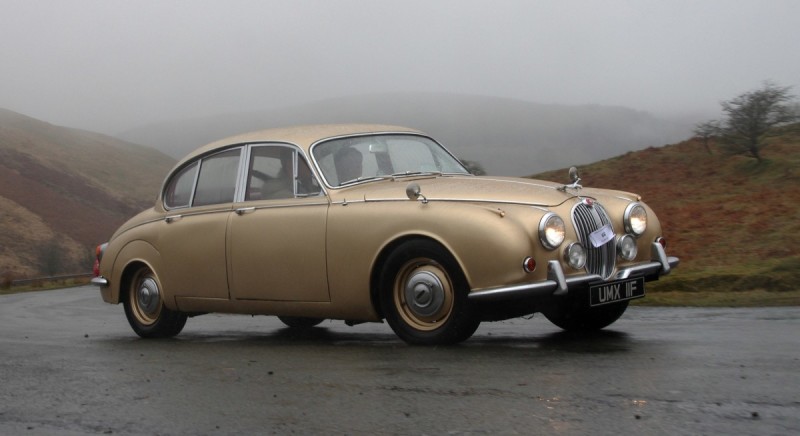 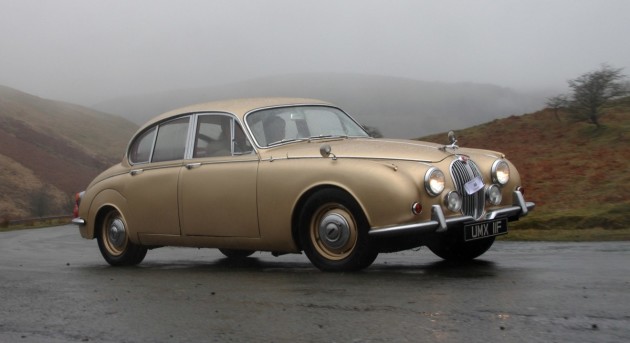 This rather smart Jaguar 340 was first registered in June 1968 and has four recorded keepers – although one of them owned the car for little more than a month in 2009 before our vendor bought it.

The recorded mileage of 12,276 miles is not correct as the speedometer has recently been changed and there is no history to indicate what the correct figure might be.

What we do know is that the current owner bought a car that was in good condition and proceeded to improve it. Between 2011 and 2013 he fitted seatbelts, a new master cylinder, shock absorbers, one new door skin, new door rubbers, cables, badges etc (there is quite a collection of receipts from SNG Barratt itemising these parts in full). The owner also took the opportunity to respray the car, changing the colour from maroon to gold.

More recently, he tells us that new front wings were fitted**, along with new springs, new shock absorbers, some new leather upholstery and new door cards, although there are no receipts on file for these parts.

The car had its last MOT carried out in September 2016, which it passed with no advisories. Usage since then has only been light.

This is a very appealing car with a smart red interior and wood-rim steering wheel. The vendor tells us that it remains in perfectly useable condition, although there are one or two features which could do with attention – the headlining, for example (although we have seen a lot worse). He admits that this is a reluctant sale and that the car is only offered due to reduced storage space.

**AMENDMENT - This car has NOT had new wings fitted, they are original as are the sills.