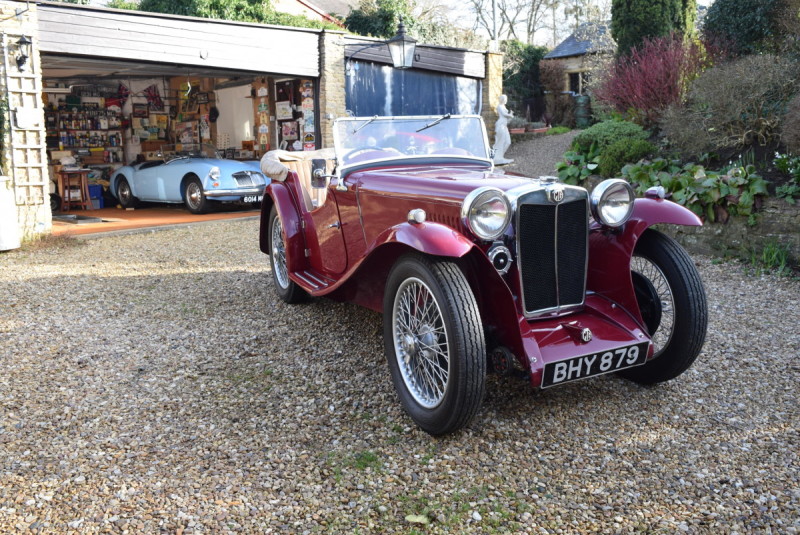 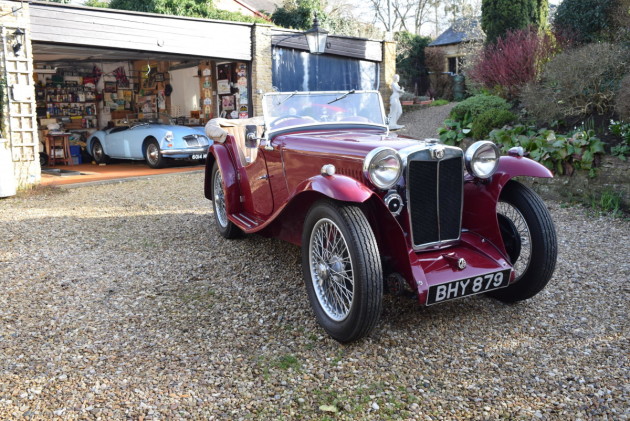 The MG PA was introduced in 1934 and was a development of the earlier MG J-Type. The engine was an 847cc four-cylinder version of the Morris Minor/Wolseley ohc 10hp unit and produced a lively 36bhp driving through a four-speed non-synchro gearbox.

The chassis was a stronger, longer-wheel-base version of the J-Type, with suspension by half-elliptic springs and rigid axles front and rear. Around 2,000 cars were produced in total before the 939cc PB was introduced in 1935 - production ending in 1936.

BHY 879 was originally a 2-seater bought by the Butler family in 1935 and used in period for sporting trials (photographs on file). Little is known of its subsequent history until it re-surfaced in 1972 and there are some bills and letters on file from that period.

Between 1982 and 1984 the car underwent a total rebuild and was also converted to its present factory-style four-seater form. The history file includes photocopied photographs and bills from this period. The engine is thought to have been swapped at some point and is painted green, which was the colour normally used for four-seater cars - red being reserved for the two-seaters!

The car was bought by our vendor in 1994 and has been lovingly cared for and used lightly in his ownership. There are invoices from this period but the car has required very little attention as it has covered only around 1,000 miles in that time.

This is a lovely-looking example in prime – but not concours – condition. It has the well-settled air of a car that has been properly restored, well cared-for and used sparingly. We are told that the engine sounds lovely and that the car comes with side-screens and tonneau cover. This is an attractive sporting lightweight looking for a new enthusiast owner.