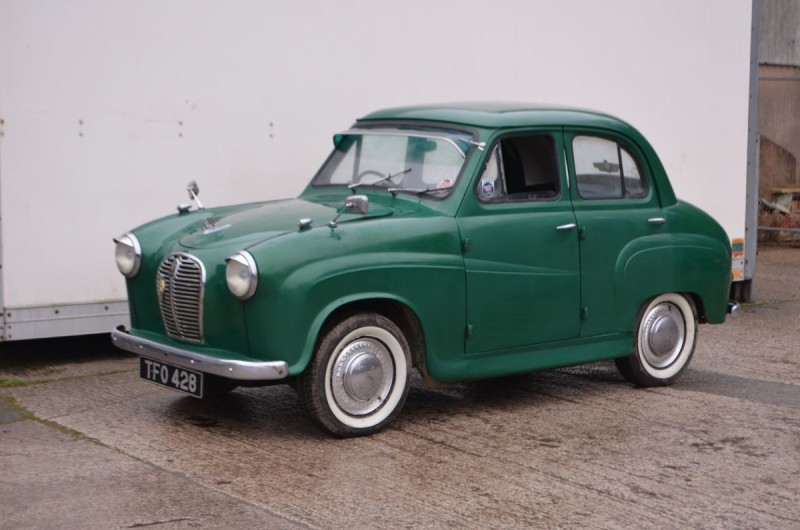 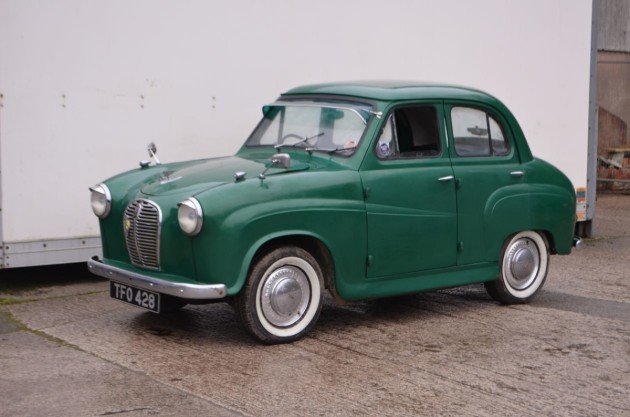 Initially only available as a four-door saloon, a two-door version was launched in 1953 and estate and van options became available the following year. The A30 remained in production until late 1956 when it was replaced by the A35, almost identical but with a slightly larger 948cc engine producing 34bhp, a painted grille and a larger rear window.

At some point, this larger-than-life A30 looks to have had an engine transplant – the V5C suggesting it has a later 998cc engine installed. Its not going to win any concours events, but that doesn’t stop it from being surprisingly solid, with many redeeming features including a particularly sweet-sounding engine.

Fitted with whitewalls, headlight hoods, a period sunvisor and even a Goodwood sticker in the rear window, it looks like an ideal starter classic and has the luxury and convenience of four-doors…

It runs an electric fuel pump and an SU carb, but other than that, looks to standard spec and has a nice original interior which would smarten up very easily. Even the semaphores are in working order.

Taken by the vendor in part-exchange for another, it is here to be sold and is on offer at No Reserve. It is well worth a close look and looks like a lot of fun for little outlay.