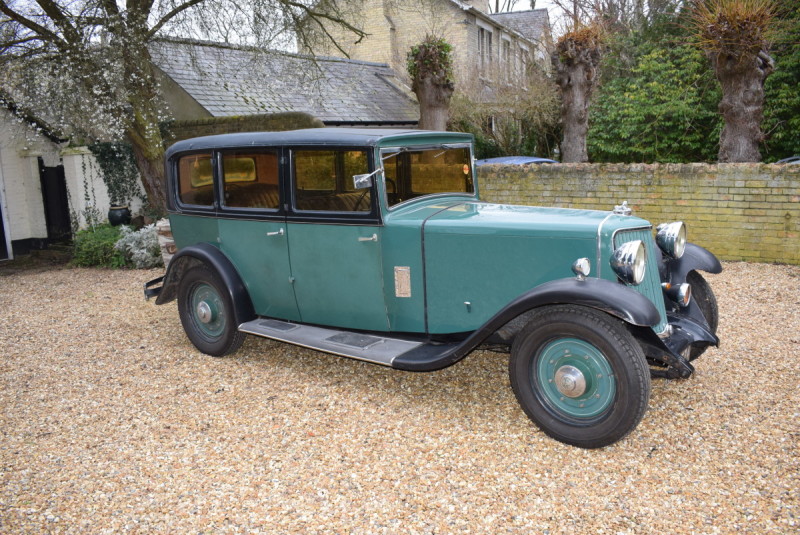 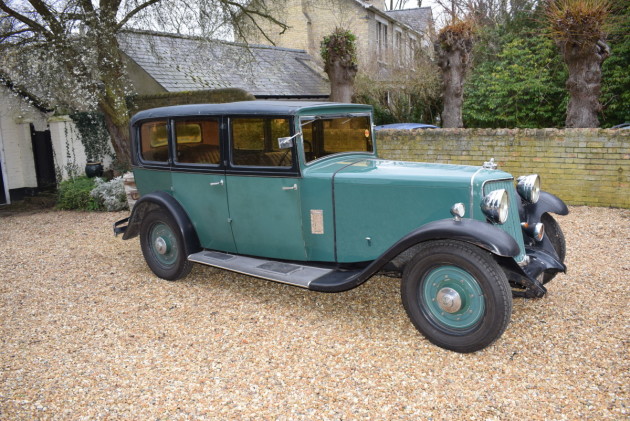 The Armstrong Siddeley motor company was formed in 1919 and produced some of the best luxury vehicles of the twenties and thirties, indeed it is the only company known to have been considered a threat to Rolls Royce’s pre-eminence.

The company was created following the purchase of Siddeley-Deasy by the industrial giant Armstrong Whitworth. After the merger of companies, their focus on quality continued throughout car production.

The first car produced from the union was an impressive machine, the 5-litre 30hp. Smaller models followed with an 18hp and 2-litre 14hp range which were in production by 1923.

These were joined by the company's first 12hp and 15hp six-cylinder vehicles in 1928 and 1929 which followed the fashion for small capacity multi-cylinder engines. This was a pioneering time for the marque, during which it first offered the Wilson pre-selector gearbox as an optional extra, becoming standard issue on all cars from 1933. By 1930 the company were marketing four models of 12, 15, 20, and 30hp, the last costing £1450, a significant sum indeed.

Initially launched at the 1931 Motor Show, 1932 saw a line of special, rather more sporty designs resulting in the Rally Tourer series. The aim was to help shake off the somewhat pedestrian image of what was in fact a rather advanced product. Entered into various rallies, including the Alpine Trials and the Monte Carlo, these cars achieved some good results and publicity which helped the sale of the production models of the early 1930s.

The model offered for sale is one of the 20hp coachbuilt saloons produced between 1926 and 1936 sold in standard or long chassis format. Chassis number 45252 is one of the standard chassis examples built in 1932 with power coming from a straight-six engine coupled to a Wilson pre-selector gearbox.

The car retains its original numbered engine, gearbox and grand four door coachwork which contains sumptuous leather seating in beautiful condition, opening roof and all the wonderful and essential, original detail for todays’ motoring such as window blind tassels and cigar lighters.

The specification alone does not however fully convey what is being offered. With only four owners since 1932, this car has incredibly retained all of the important historical documents that make it so unique.

Included is the original guarantee issued by the Armstrong Siddeley works to the original owner, E J Kent Esq from Esher, Surrey, signed by Mr.Siddeley himself. This is accompanied by the original sales correspondence from their 10 Old Bond Street premises, the dealer invoice and correspondence and even the original receipt from The Queens Hotel, Coventry when Mr Kent collected the car.

Accompanying this is an intriguing service book that contains all service activity from 1932 to 1939, the first entry being at 504 miles. It was put into storage for the duration of the war and records continue from 1945 until 1948 when we believe the car entered another period of retirement. Records then continue again from 1971 and show that in 1988 the car was subjected to a significant engine and mechanical overhaul, all details of which remain with the car. Included in the documents from this period is a five page feature from “The Automobile” magazine. A further general overhaul including fuel tank removal and sender unit repair was carried out to keep the car up to scratch in 2011 and 2012.

With its regular use and attention to maintenance, the result is a beautifully patinated, usable and reliable touring car. As one would expect, the car sailed through an MOT in February this year without any advisories.

The last four years have seen successful continental trips to Switzerland, France and numerous UK adventures. On these trips the torque of the 3,190cc straight six and delightful pre-selector gearbox have been a joy to use !

There cannot be a more historically interesting and complete 20hp Armstrong Siddeley in existence today. This wonderful car presents a rare opportunity to acquire a real piece of 1930s British automotive history.