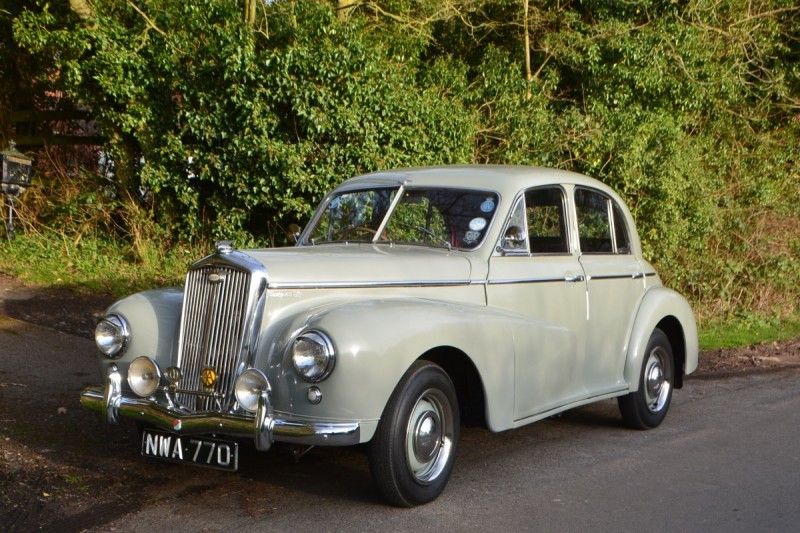 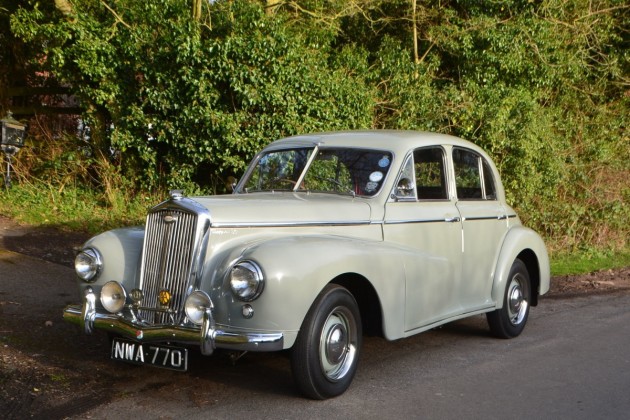 Wolseley’s first post-war model, the 4/50 was launched at the 1948 Motor Show alongside its bigger brother the 6/80, which was almost identical apart from a longer bonnet to accommodate the six-cylinder engine.

Both were effectively upmarket versions of the Morris Oxford MO/Six MS and the cars were all built alongside each other at the Morris factory in Cowley. The Wolseley front end was much more imposing than the Morris with a centre-hinged bonnet, big chromed radiator with illuminated logo and flying W mascot. Naturally the interior was also more stately with wonderful Art Deco instruments and lashings of wood and leather.

The 4/50 used a 1,476cc single overhead cam four-cylinder engine producing 50hp and driving through a 4-speed column-change gearbox which gave it a top speed of 70mph. Quite different to the Morris side valve unit, it was actually adapted from the Wolseley Viper V8 aero engine that had powered the Bristol SE5a biplane fighter in WW1. Only 8,925 were made before the 4/50 was replaced by the 4/44 in 1953 and survivors are now exceedingly rare.

As the Heritage Certificate confirms, this splendid 4/50 was built in Feb/March 1951 and was finished in the same pleasing shade of Mettalichrome Grey that it still wears today. Despatched to TH Nice & Co of Cambridge on 7th March, it was then registered to a Mr Lunniss of Newmarket just a couple of days later and has only had four further keepers since, according to the V5C.

Clearly a much-cherished machine, it oozes character with a charmingly original red leather interior, very attractive dashboard and nicely finished woodwork. Starting promptly and driving beautifully when we took it out for a spin on the occasion of our visit, it has been in light regular use, 11 old MOTs showing that it has covered some 10,000 miles since 2003. The odometer currently shows 69,000 miles which could perhaps be correct given the overall condition of the car.

Other documentation includes the original buff logbook, modern V5C, various old tax discs and what looks like the original owner’s handbook. The gangsta rap fans among you will already have clocked the NWA number plate which is transferable. Straight outta Compton... Verney.

The first 4/50 we have offered in 15 years of hosting these sales and appearing to be the only example currently for sale in the UK, this lovely old Wolseley is a rare find indeed and would sit well in any collection.