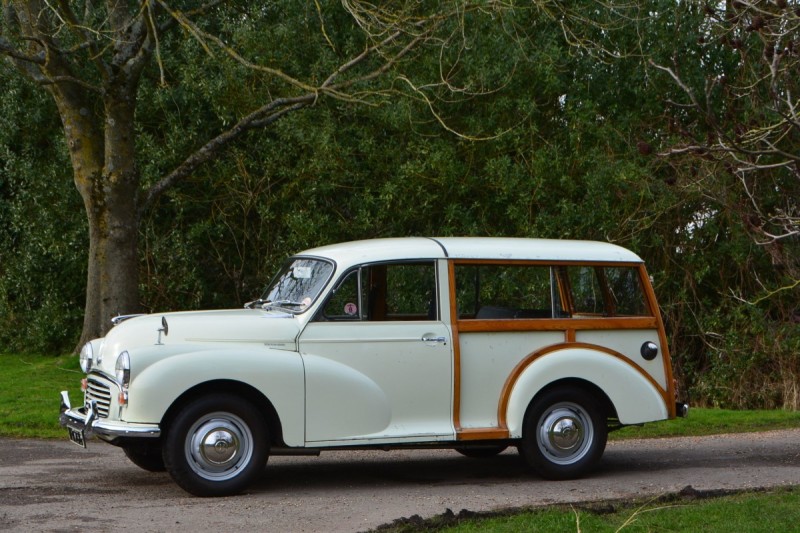 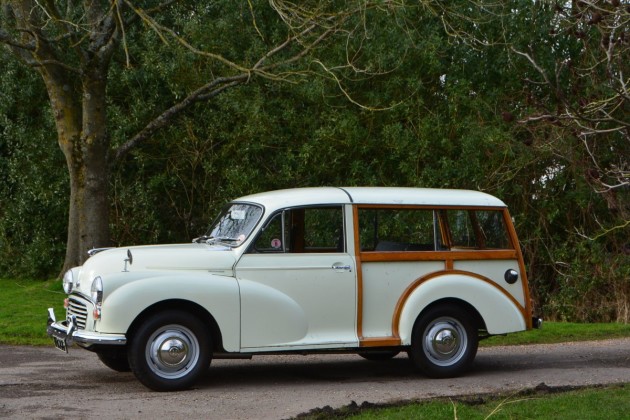 One of the best-loved classics ever produced on these shores, the Morris Minor Traveller has become as familiar a part of the British street scene as the red telephone box. Great fun to drive and with a load area that swallows wet dogs and hay bales with ease, it’s no wonder that so many are still in regular use today.

While it may look like all the others, this particular Traveller is actually very special indeed and may even be unique – how many others can claim to have travelled a mere 11,000 miles from new?

As the green logbook shows, VFD 261G was supplied new to Mount Motors of Quarry Bank in April 1969 and sold to a local gent, Mr I Pedley, just a few days later. The Passport to Service book has three stamps up to September 1970 at 8,563 miles and correspondence on file states that it was then parked up in Mr Pedley’s garage when he fell ill in 1972 at which point it had 10,766 miles on the clock. Here the Traveller was to remain for the next 45 years, gathering dust as shown in photos on file.

Finally exhumed in 2017, it was then professionally recommissioned with invoices for parts alone amounting to over £1,400. This included an engine overhaul with new gaskets, valves etc; new water and fuel pumps; new dynamo; all new brakes; new tyres and exhaust plus a host of other items. Issued with a fresh MOT in August 2017 with no advisories recorded, it has only covered some 300 miles since, starting promptly and driving beautifully when we took it for a quick spin on the occasion of our visit.

Other documentation includes the original PDI inspection docket from May 1968 certifying the car fit to leave the factory; signed card from the driver who delivered the car to Mount Motors; owner’s handbook still in its original envelope; 1972 tax disc; first service invoice from Mount Motors dated 30th May 1969 plus some period insurance documents. There is also a list of snags from Mr Pedley for the garage to fix under warranty: poor o/s door alignment; defective n/s door lock; rattling side window; noisy speedo cable; inefficient air blower - all typical faults that would be familiar to anyone who remembers buying a new car in the Seventies!

It all adds up to a delightful package and if anyone out there knows of a lower mileage example then we would love to hear from them!