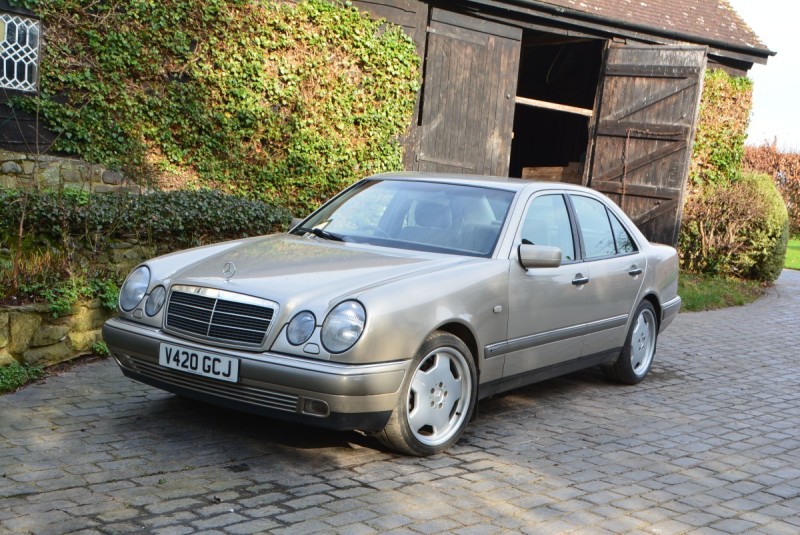 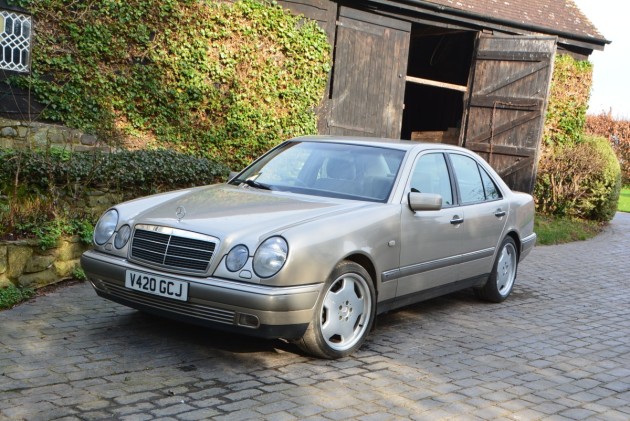 The Mercedes E-Class W210 came out in 1995 to replace the old W124 range and was a far sleeker and more modern machine with handsome lines that still look fresh today.

A range of petrol and diesel engines were offered, from the base 2.0 four-cylinder in the E200 to the bonkers 6.2 V8 in the E60 AMG which produced a tyre-shredding 400bhp. Offering the best compromise for performance and economy was the straight-six 3.0 turbodiesel with 175bhp and 243lb/ft. Driving through a slick 5-speed automatic gearbox, it could launch the car to 60mph in 8.9 seconds with a top speed of 138mph and 36mpg economy.

First registered in January 2000, this E300 Elegance TD was supplied new by Euro Car & Commercial of Hereford and spent its first month as a demonstrator before being acquired by our vendor who has owned it ever since. It has covered some 82,000 miles to date and comes with a vast history file to show meticulous upkeep throughout its life.

The service book shows 7 stamps up to January 2008 at 71,227 miles while the car was in regular use commuting between Herefordshire and the BBC studios in London. The vendor then retired and the Mercedes has been only lightly used since, being serviced annually regardless of mileage covered, the last service being carried out less than 50 miles ago in February this year. An impressive folder of invoices details all the work carried out to date and you would be hard pressed to find a better maintained example.

Garaged throughout its life and looking most impressive in Smoke Silver with a full leather interior and all the Elegance luxuries, it retains all its original handbooks and has an MOT until February 2021. Now in need of a second owner to give it the more regular exercise it deserves, it is being offered here at no reserve so the best bid takes it home.