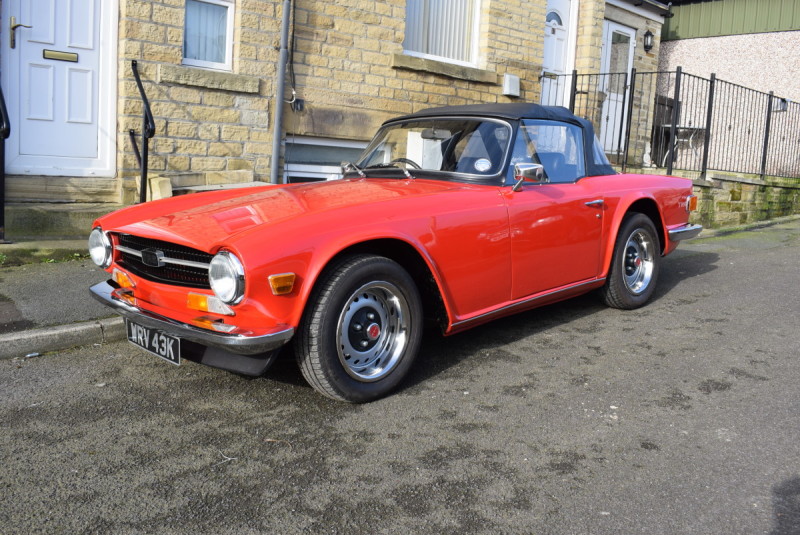 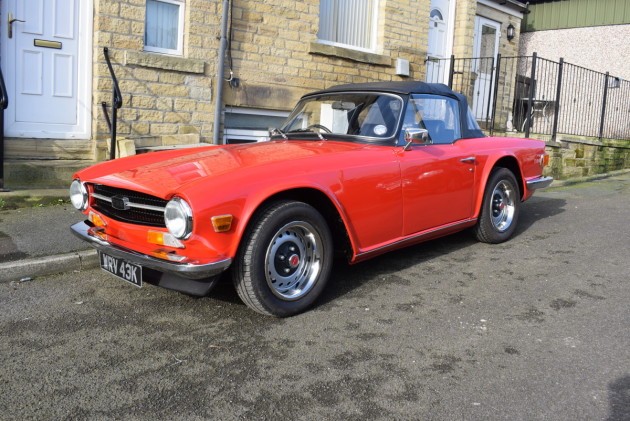 Our vendor has owned this Triumph TR6 for almost eight years during which time he has restored the car from the ground up – and what a fabulous job he has made of it. Mind you he was a professional mechanic, so it should be well above average.

There is a large file of invoices and photographs which show the extent of the work involved. The body, doors and wings were removed, the chassis shot-blasted and the car was subjected to a complete re-spray. The vendor’s attention to detail can be seen in the way that the panel gaps and sills line up neatly – better than they did when new!

The engine was also stripped and rebuilt, with a new cam, timing gears, oil pump etc being fitted (details on file). The vendor also took the opportunity to have the gearbox rebuilt and to fit a modern fuel pump, oil cooler, tubular exhaust manifold, stainless steel exhaust system, and electric radiator fan. He also fitted an aluminium petrol tank. This list is certainly not exhaustive and interested parties are invited to look at the file.

The interior is equally appealing with very smart upholstery and carpets, the soft-top is recent and there is a tonneau cover. The fastidious approach extends to the engine bay, which is gleaming and a testament to the vendor’s skills. The engine sports a K & N filter and an alloy rocker box. It is, of course, the 150bhp version with Lucas fuel injection (improved by that modern fuel pump).

The car had its last MOT in July 2018, which it passed with no advisories. The vendor has only used the car lightly in the past two years, mainly taking it to local car shows and it is this lack of use that has prompted him to sell the car. Our man on the spot, who has owned a couple of TR6s was impressed by the car and says it is one of the best he has heard – you could find yourself bidding against him.