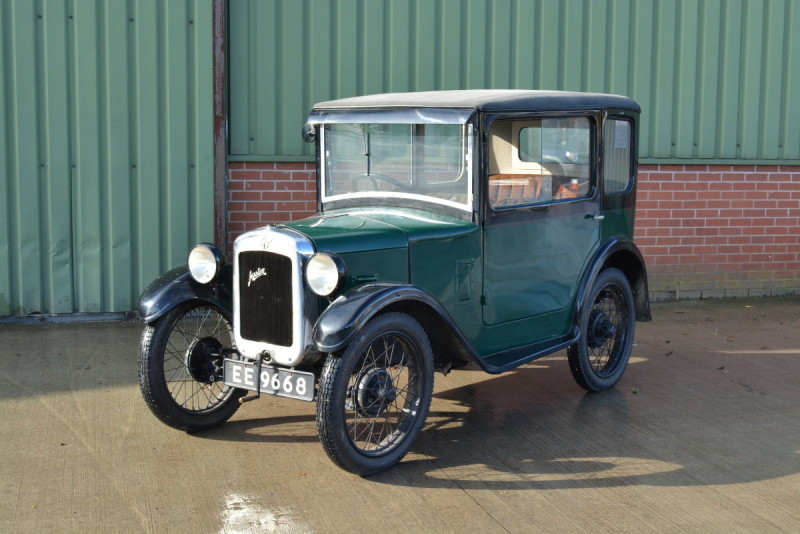 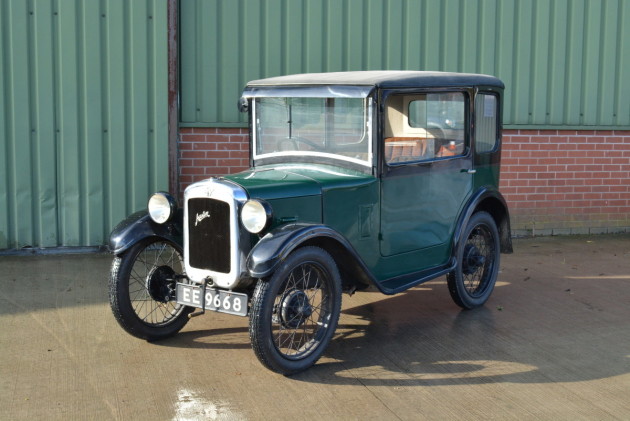 It is usually the case in the car world, that the earlier the chassis number, the nicer the car is to own.

This can be said for E-Types, where in most respects a Series I coupe is a superior car to a Series III V12 (although we wouldn’t say no to one of those either), the Series I and II Land Rover hold more appeal than a Series III and we can’t really say that MGBs got any better through the years either….

The same can also be said of the Austin 7, which got heavier, longer and less appealing on the eye from about 1931 onwards, as the commercial department’s influence became more important than the original designer’s eye for detail and purity.

This charming, Vintage 1930 RK saloon therefore sits in a sweet spot of 7 production, offering larger brakes, coil ignition, scuttle tank and ‘pretty as you like’ perpendicular bodywork, yet retaining the 4.9:1 diff and shorter wheelbase.

Its predecessor, the R-type was soon nicknamed the 'Top Hat' saloon, for that is what it looked like and you could wear one in it! It’s tiny suicide doors made access a challenge to some, hence the RK soon came along with wider doors….officially called the Wydor.

This little peach came into the vendor’s hands in 2016, although hasn’t seen much use during his ownership. It was retrimmed in cloth some years ago and had a recored radiator by Wessex radiators in 2008 which cost £432. A modern replacement distributor has also been fitted and the document file includes some older bills, 18 old MOTs and a V5C (with a transferable number).

With a plethora of VSCC Light Car events available, a very active local Austin Seven scene wherever you are and parts aplenty, a baby Austin offers more fun per £ than virtually anything else on the road.