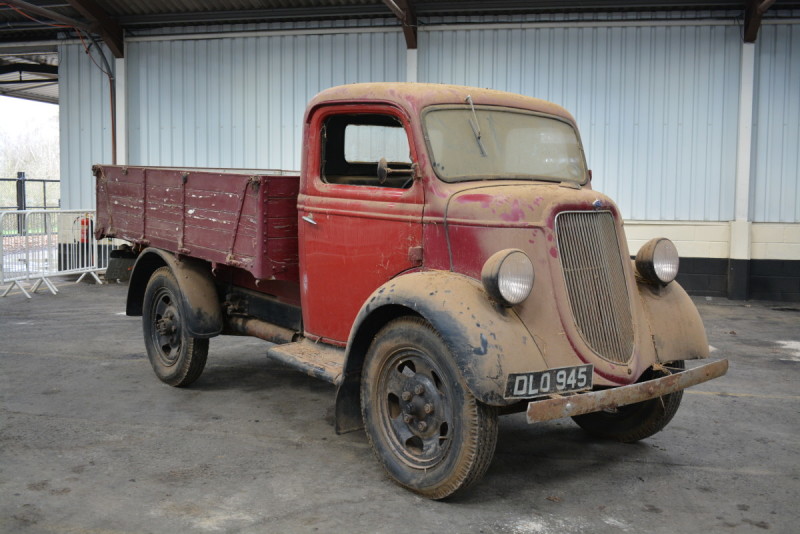 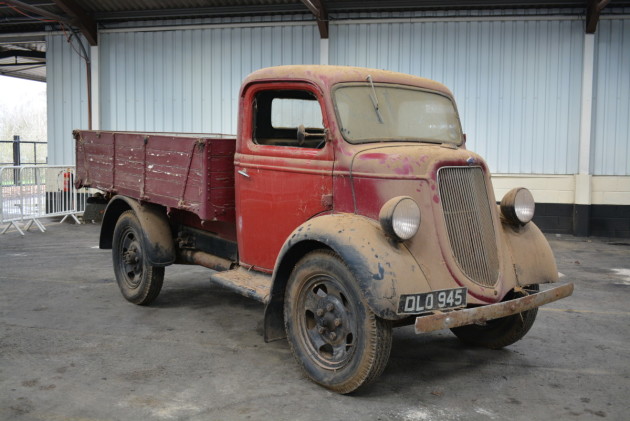 The Fordson 61 was a semi-forward control model produced from October 1935 until late 1939.

It used a European spec ‘tin-side’ 2.2-litre V8 which developed 60bhp and came with just one wheelbase option of 106” which gave an all in length of just 15’ 5” – shorter than a BMW 3-Series today despite being able to carry loads up to 8’ 6” long!

It was marketed as a 25cwt truck, a payload of just over a ton and a quarter in today’s money, but it is interesting to note that Ford marketed it as having reserves of strength and power for a 50% ‘overload’ – presumably in recognition of what owners actually did with their vehicles!

Despite being a good seller, the E88W Model 61 had a relatively short production run and they led gruelling lives. Their survival rate was not helped by World War 2 either so there are only a handful known to remain in existence today.

Looking rather forlorn when exhumed from the barn where it has been stored for the last few years, a quick wash revealed that it remains in very good order under the layer of dust. The vendor purchased it back in 2009 as a lovely running truck and he last used it in around 2015 when it was in fine fettle.

It had sign-written doors when he got it, and ‘his man’ painted the doors in rather an ‘off-shade’ of red, but that aside, it should need little but a careful recommission to get it back into top order.

Having mechanical brakes will certainly help speed the process, after which it would be an ideal mount for the numerous commercial runs, it having been a regular on the London to Brighton Commercial run pre-2009.

Modest in size, quirky and with an economical V8, this rare Model 61 E88W ticks every box, appealing on every level. You won’t find another any time soon…