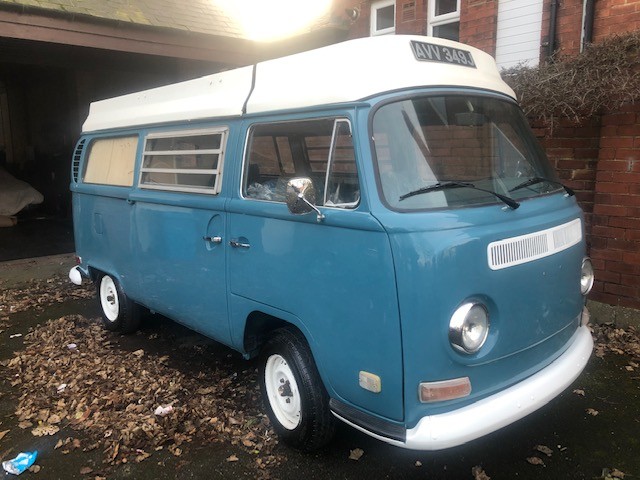 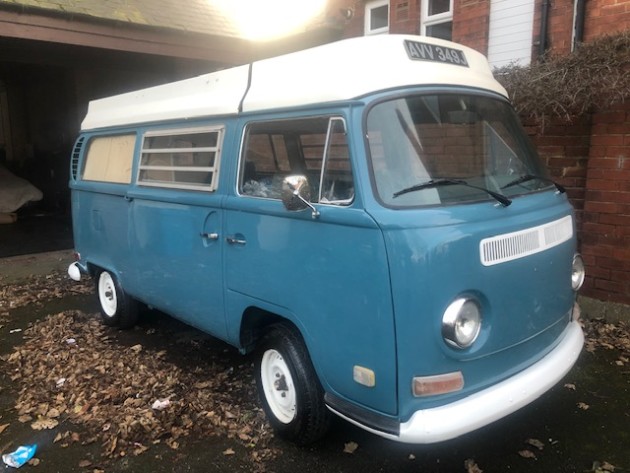 A little less common than your run-of-the-mill Westphalia camper van conversion, this Type 2 VW sports a Riviera pop-top. The difference? The Riviera top uses a scissors mechanism to elevate the roof giving it a straight-up movement rather than the hinged and slightly drunken aspect of the Westphalia. So much more appealing, don’t you think?

An American import, as you might expect - and, as the name certainly does not imply, Riviera campers were converted in Eugene, Oregon. Well, would you buy a camper called Eugene?

This van – known, for reasons unknown, as “Avril” – was first registered in 1970 and imported from America in 2017. The vendor tells us that the van has had “new everything” and it certainly does look very smart both inside and out.

The van is MOT-exempt but had its last MOT in January 2017 when it passed with only minor advisories: wobbly wheel bearings, an unspecified oil leak and lack of passenger seat. We can see that that seat has been replaced and, knowing the vendor, would imagine that the other indiscretions have also been attended to.

Avril certainly is appealing and looks ready for future fun games here and abroad (she is a left-hooker after all). Buy now and beat the holiday rush!