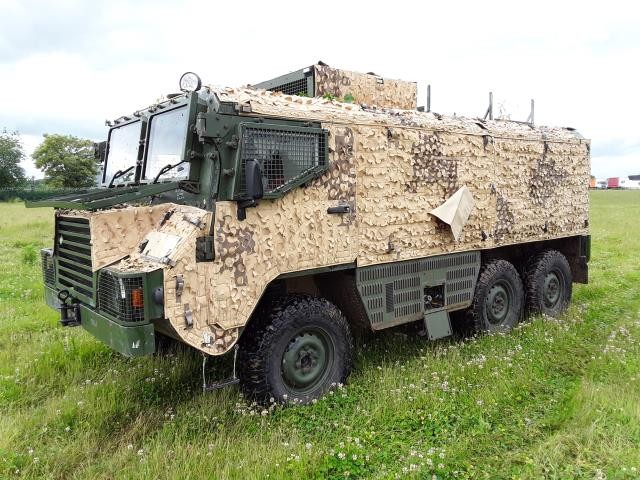 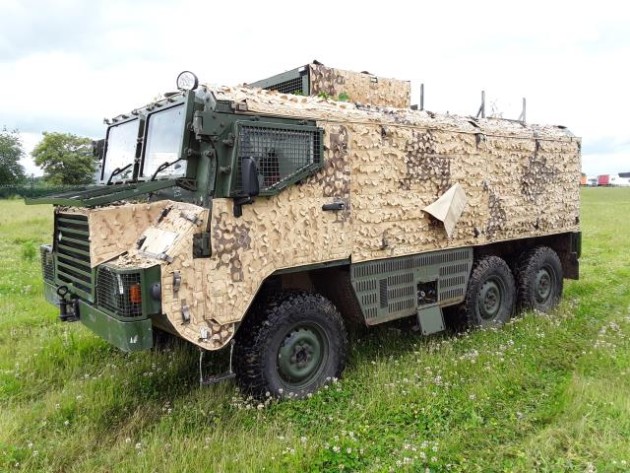 We at Brightwells hold the contract to sell vehicles for Her Majesty's Ministry of Defence and the Pinz Ambulance looks like one of the most versatile platforms we have seen from them. The internal condition is pretty unique and it looks like it has been relatively wrapped up in cling film before finding it's way to us, it has been hardly used, appearances suggest. Open the back doors and you won't believe your eyes - this brute is an ambulance. Or perhaps a camper in waiting.

So, what'a Pinzgauer? The ultimate in off-road ability, the "Pinz", as British soldiers affectionately came to know it, was introduced to HM Ministry of Defence's fleet as a supplement and sometime replacement to the Land Rover Defender Wolf. The Royal Artillery reportedly took on the units as a gun tractor and the Vector model was deployed from around 2007. Some variants were used as troop carriers, ambulances, command vehicles and towing vehicles.


The 6×6 Vector PPV (Protected Patrol Vehicle) was described to the market by the manufacturer as having the capability to "Build on the existing proven design, with enhancements that will include a combination of physical protection, as well as the use of sophisticated electronic counter measures to maximise survivability while on patrol". The Ambulance MK2 is a variant of this.

In the civilian world, the Pinz has been mainly sold to equatorial regions, for use in tourism. Some have been converted to campers, some ambulances (though this is already one), some farm or fire trucks. Oil exploration companies have owned a few and, for pleasure, models have been seen on the Paris-Dakar Rally and other rough-terrain cross-country races.
It turned out that overseas war theatres were not necessarily suited to the PPV running gear, so some have seen little action, as is possible with this vehicle. The odometer for this one shows a little over 700 kilometres and, though this is not warranted by the Ministry, the vehicle looks like it has been enjoying a temperate retirement in storage for some while. The photographs on this page dramatically speak for themselves.

This particular example has an in Service date of 6th December 2007. It comes with it's Date In Service Certificate Official (DISCO), which is used for UK registration purposes. As standard in all our sales for the MoD, the buyer will need to produce their Passport ID for MOD approval before collection. For those clients wishing to export - an export licence is required, which will need to be obtained on a SIEL level, and the sale of this vehicle is not conditional on the buyer's ability to obtain one.

As with all lots in this auction, it is sold as seen. Vat at 20% will be added to the sale price of this lot. A buyer's premium will be charged at 12% plus Vat on the sale price and added to your invoice. For collection purposes, the vehicle is on site at our Herefordshire based Madley offices and we will give the buyer more information when arranging collection or delivery.

Direct from our HM Ministry of Defence Government Disposals contract.