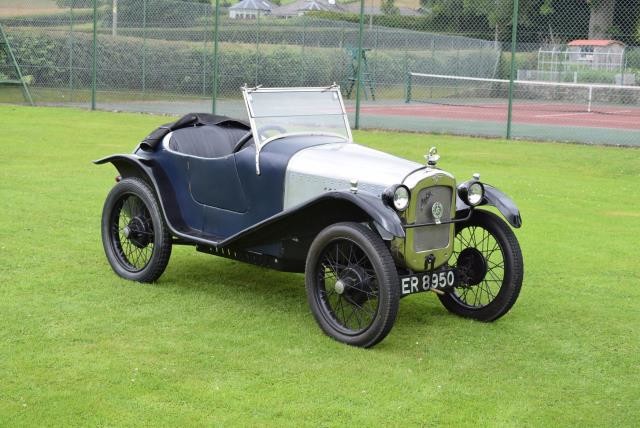 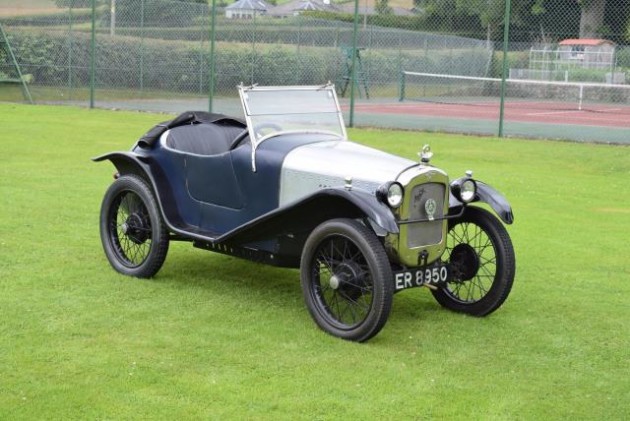 This well-known Austin Seven Gordon England Cup model was built up from various sources by Phil Stainton in 1992. He enlisted the help of the Diffey Brothers and Geoff Scott Comber prepared the engine.

Photos on file show the build process, which was as careful and thorough as one could wish. Everything was attended to including a beautifully created replica wooden body with fabric covering, just as the original would have been.

The spec was carefully thought out - very much with competition in mind, the car appearing at Mallory and Prescott in the mid-'90s.

The engine is pressure-fed, with a phoenix crank and GPZ 500 pistons and oil pump - the oil filter plumbing alone is a masterpiece! The head is standard chummy as is the cam - designed for maximum torque with trialing in mind. The rods have been strengthened and polished and the flywheel suitably lightened. As can be seen from the pictures, it has a downdraft SU on a special manifold and is reputed to very well indeed.

Families, aspirations and the need for more speed meant that the car had changed hands by 1998, passing to a new owner again in 2003 and again in 2016. Our vendor purchased the car in 2018 but has not used it as intended hence its inclusion in the sale today.

Masses of bills show regular care and attention - a close ratio gearbox rebuild in 2001 by Harry Colledge and a rear axle rebuild with new half shafts and seals costing £1,700 in 2017 standing out, since when the car has done little work.

There are two VSCC buff forms in the file, and the spec hasn't changed since they were granted so it should be straightforward for its new owner to obtain a form in their own name should they so desire.

Remaining in lovely order and ready to go, this Austin is on offer for a fraction of the build cost today.