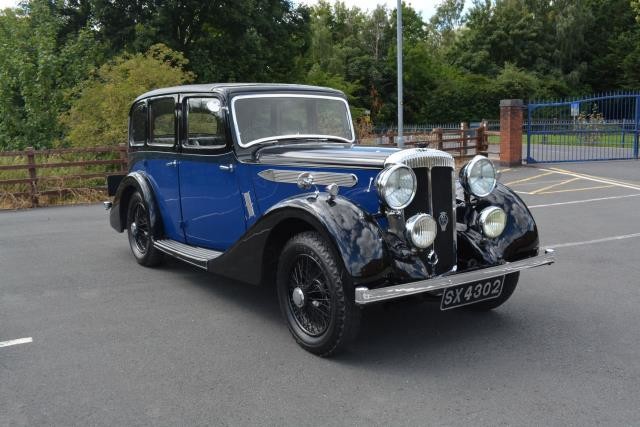 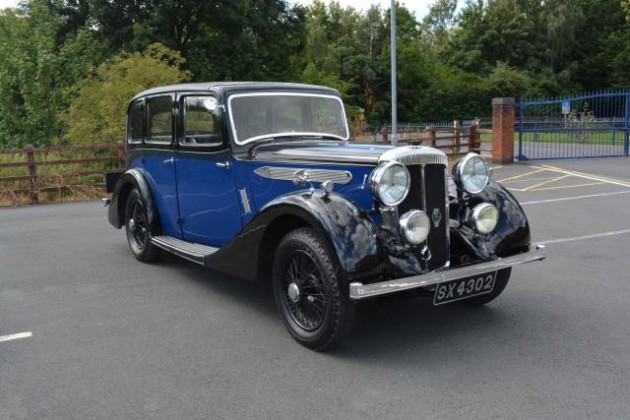 The Daimler Light 20 made its debut in July 1936, filling a gap in the range identified by the success of its close relative, the Lanchester 18. In fact, the Light 20 took most of its mechanicals from the Lanchester...adding a larger 2,565cc six-cylinder engine with conventional valvegear.

It was fitted (naturally) with a pre-selecter gearbox and fluid flywheel and came with a variety of bodywork options from Daimler themselves or supplied as a 'chassis only' for outside coachwork. Costing £675 in 1935, it was never going to sell in huge numbers, but around 877 were completed before production turned to war work. The model was never directly replaced.

This most impressive example was purchased by the vendor rather on impulse (we all know how that can happen) and fine though the car is, it is too large for his reducing storage space so on the LIFO principal is up for sale.

It looks every bit as handsome in the flesh as it does in the photos and has been running and driving about on-site. The proportions of the car are particuarly successful and the interior a joy to behold. It is also blessed with a decent perfomance thanks to an engine sufficiently powerful for the task in hand. There is sadly little in the way of history, but there are a few tax discs from Southern Ireland from the turn of the Millenium, although it is declared first UK registered on 20th May 1936.

On offer at No Reserve, it represents a fantastic opportunity to enjoy top quality pre-war motoring with the ever enthusiastic and helpful support of the Daimler Lanchester Owners Club.