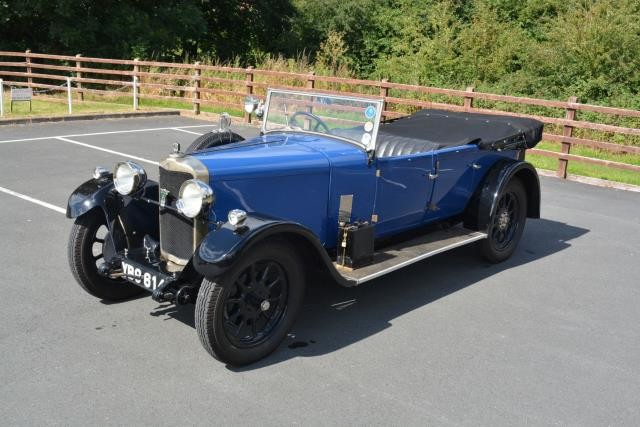 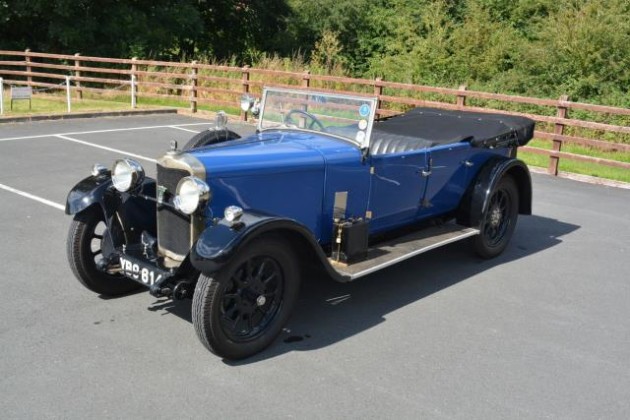 Talbot introduced their new 14/45 in record time, the car going from design concept to Motorshow debut in the same year - 1926. The first series was called the AD and featured numerous modern sophistications including coil ignition, 12 volt electrics, a dynastart, fabroil 'silent' timing gears, four-wheel brakes and a four-speed gearbox - influenced no doubt by the advanced thinking of Georges Roesch.

The result was a really lovely machine, highly regarded among the engineering fraternity and popular with the buying public who could afford to pay a bit more.

This lovely example comes with plenty of history having been first registered in Gloucestershire on 9th May 1927. It was sold at a farm sale in Bridgewater in 1938 to the Harrison family who were to use the car as their everyday transport until the Suez crisis in 1956, including towing the family caravan on family holidays.

In 2009 it was acquired by the vendor and he and a friend restored it to the fine state you see today. The job was completed by April 2011 and the car won the Talbot Owners Club's Wilcock trophy for best car at that year's AGM.

The restoration involved a dismantle and complete rebuild of the engine and a new loom. Incredibly, the body restoration only required one panel to be replaced. The leather work is delightful and mostly original although it has a new hood and comes with a complete set of sidescreens. The car has been repainted its original shade of blue.

Appleyards of Sheffield dealt with the nickel fittings which are of the highest quality and the car still looks as beautiful today as it did when it was first restored.

The engine starts easily, the vendor advising us that the a slight engine rattle at low revs comes from the oil pump drive and is a characteristic of the model. It is otherwise runs particularly smoothly.

This Talbot would be an ideal car for a growing family and is an interesting and 'dare we say' far better engineered alternative to certain large American tourers that seem so fashionable at the moment.