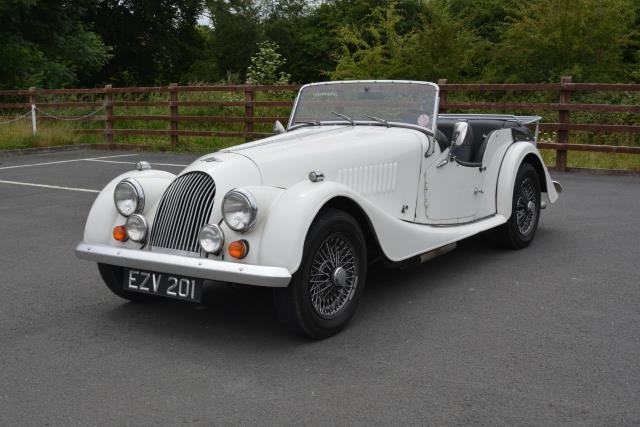 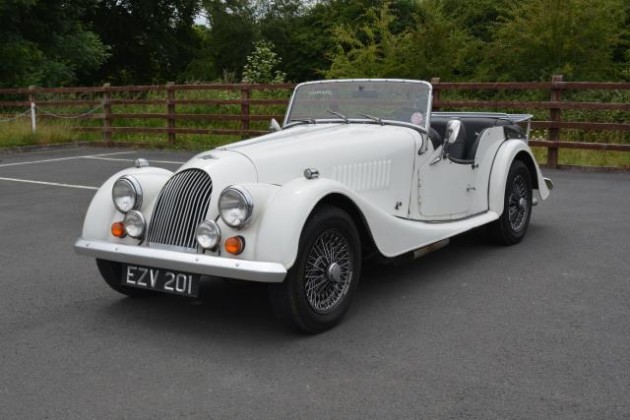 The perfect entry point into Morgan motoring; solid car with current Irish MOT; interesting history; fun for all the family

The specs for this bonny little 4/4 four-seater were submitted to the Malvern factory in September 1982 from the Swedish dealer Wendels. It was an export order through Wendels for a gentleman living in Riyadh, Saudi Arabi who was to use it in the UK.

This well-spec'd car was duly delivered in March 1983 having been registered ROX 29Y on 20th January 1983 - a letter on file from its first owner dated 1984 tells of a pleasurable trip through Scandinavia and Ireland the previous year.

The car remained in the UK until 1985 when its first owner took it to live in Ireland - keeping it until 1988. Its second owner enjoyed the car for the next 24 years, the car passing through two more sets of hands until the vendor acquired it in 2018.

He took it to Simon Echlin Motorsport for attention, bills on file covering a full service in January 2019 which cost Euro 3305. This included a new timing belt and tensioner, thermostat, brake shoes, cylinders and front brake pipes, some rewiring, carb overhaul, battery and general tidy-up. A further Euro 582 was spent in June on a new ignition module and attention to the fuel tank.

The car was taken for an Irish NCT test which it passed (no mean feat by all accounts) and which expires in April 2021.

The car comes with its original Irish logbook, NCT certificate, copy handbook, copy original order, correspondence and some bills. It is also being sold with a NOVA number to assist in UK registration should it remain in the UK.

The car itself has certainly been enjoyed during its lifetime. The odometer shows under 30,000 although there isn't sufficient paperwork to confirm this as correct. The bodywork is solid and presentable although there are plenty of signs of wear and tear and some slightly ripply quarter panels. The paint work is best described as average and it comes comeplete with hood and sidescreens.

This is a car to use and improve - it runs and drives and could be turned into a very smart example with relative ease. It has to be the most accessible way into Morgan motoring.