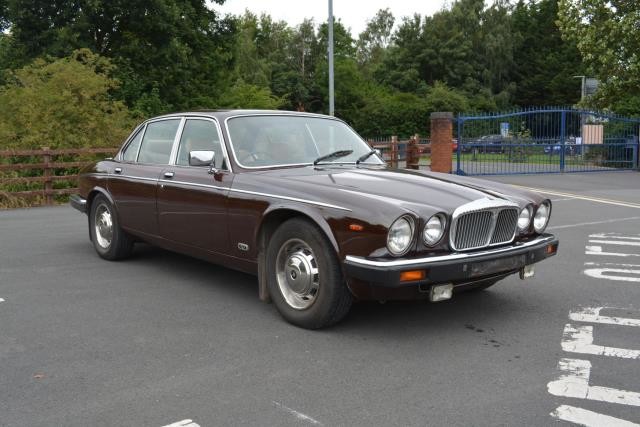 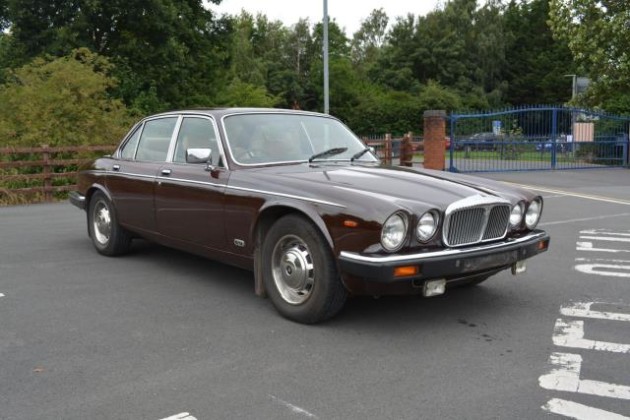 Very rare manual version with just 29,000 miles on the clock; very solid vehicle which needs some cosmetic attention to the paintwork

This three-owner Daimler has two particularly unusual traits. The first is the extremely low mileage of just 29,000 miles from new and the other is its manual gearbox - very few of these luxury machines being specified without the usual automatic box.

A letter on file from the second of its three owners, states that he bought it from a gentleman from Newcastle upon Tyne in 1989 with a warranted 19,244 miles under its belt and in pristine condition. Follow-up correspondence with the previous owner confirms that sadly the service book had been lost in a house move.

The car's second owner used it only for Sunday best, putting the car into dry storage in May 1991 (mileage 19,577) where it was to stay until October 2015 (19,620 miles). It was submitted for an MOT which it passed without comment.

It was excercised occassionally by its now 95 year old owner on his private land before falling into our vendors hands in February 2016 -still with under 20,000 miles showing.

Since then, he has used it much more regularly, as can be seen from its most recent MOT which expires in February 2021 with just two minor advisories - one for slight play in a wheel bearing and the other for a rusty exhuast. The odometer still only reads a shade over 29,000 miles from new.

The car remains remarkably solid and sound, but would benefit from some attention to the paintwork which is clearly illustrated in the images online.

Surely at the base end of their depreciation curve, these late XJs still deliver grace, space and pace, this one looking particularly attractive given its overall mileage, manual gearbox and overall solidity.