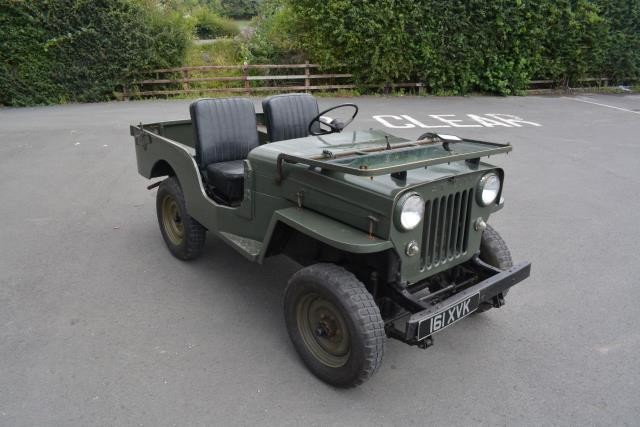 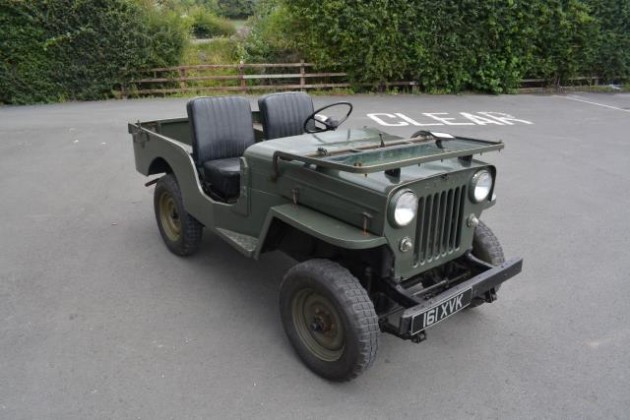 This impressive post WW2 Jeep was assembled in Indonesia by Indonesian Service Coy Djakarta-Kota from a kit of parts manufactured by Mitsubishi themselves in Japan.

At that time, Mitsubishi Industries Reorganized Ltd held the Licence to manufacture the Willys Jeep from the Willys Motors Inc USA - hence the name Willys is preceded by the Mitsubishi logo pressed into the front panel. The VIN indicates a 1953 assembly - the first year of manufacture and this is believed to be an early example of the model. There is a Vehicle Verification letter from the The Military Vehicle Trust which helps prove its authenticity. The engine is the later 2.2-litre Hurricane unit which has just been serviced (oil & filter) new spark plugs, distributor cap, valve clearance, carb adjusted and radiator flushed. The electrics are 12v and the car has an alternator for reliablity.

The lights work and lots of work has been done to the brakes, with new front wheel cylinders, brake pipes, flexi hoses, shoes and fresh fluid.....it now stops as well as it starts and runs... The car has been UK registered since early this year and comes with a new style V5C. It looks to have arrived in the UK in early 2019.

New 6.4mm thick laminated glass has just been fitted to replace a cracked windscreen and we thought this model was a rare sight in this country until the other very similar (restoration case) turned up onsite...they are like busses!!!

Running and driving round the site, this more modern Jeep will be easier to live with than its early wartime counterparts - not to say significantly better value and will offer the same pleasure and fun on the road....