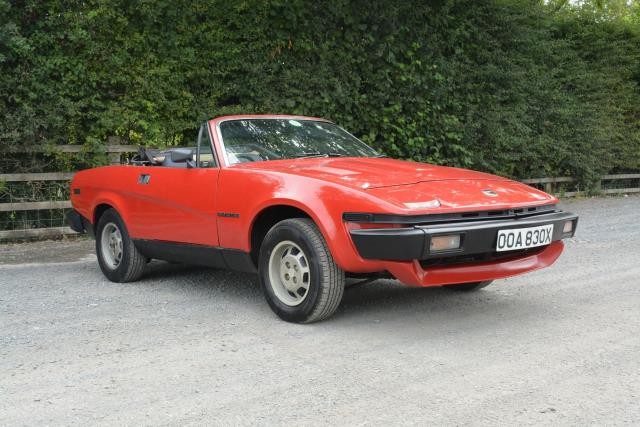 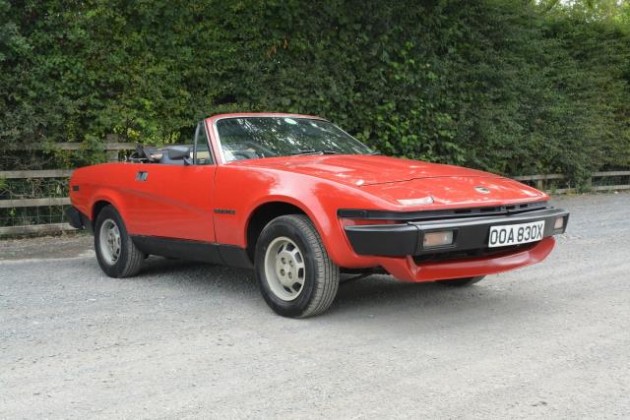 '90s restoration; smart interior; good hood; fresh MOT; paintwork could do with some cosmetic attention but a solid car upstairs and down...

The TR7 took a while to come out in convertible form - Triumph's management working on the premis that the US legislators would ban the sale of open cars - wrong!

When it did finally arrive, the TR7 had matured nicely, the '80s wedge shape looking suitably sharp and modern at the time.

The vendor of this car had  fancied one ever since he saw them driving around when they were new, and his dreams were realised when he spotted this one in a customer's garage having done very little for some time. This was in 2014.

It had been given a body restoration sometime in the late '90s, a bill from 1997 listing a new front lower panel, f/glass front spoiler, wheelarch repair panels and new transfers.The job was workmanlike, but the result is rock solid and the car passed its most recent MOT which expires in July 2021 with comments on steering rack play and a poor tyre which has been replaced. The paintwork is the least appealing aspect, with a few areas where the top coat has reacted over time but it looks reasonable.

It has recently had new brake pads and is only for sale due to lack of regular use.

Solid, usable TR7s don't grow on trees - especially in convertible form and they have started to develop a strong following of late.