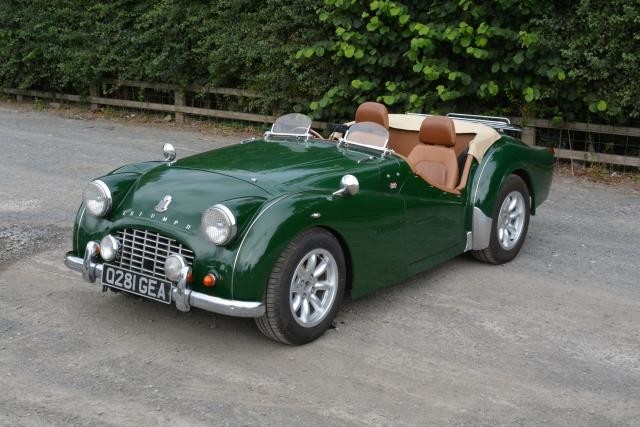 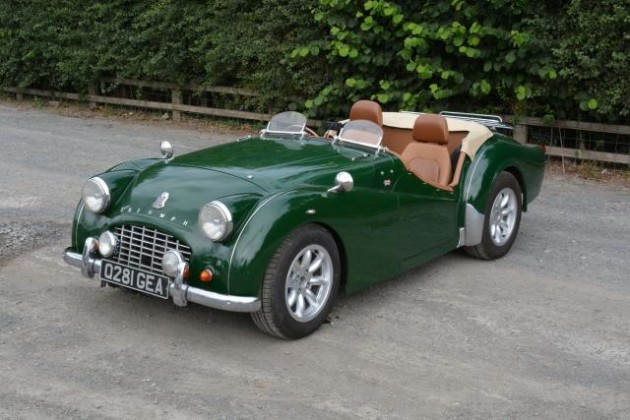 When you see this car in the flesh, it is only when you get close up that you start to question what you are looking at. The L&R 3 was the brainchild of Les Hunt and Ray Leech (L&R get it!) who ran a successful business making fibreglass components for trucks, fire engines and wheelchair buggies (to name a few).

They were Triumph fans and wanted to use their expertise to manufacture cars (and kits) for a TR3 Replica.

They based their moulds on imprints taken from geniune panels and assembled these onto a state-of-the-art spaceframe chassis with designed input from the team involved in the Caterham. The two-litre Pinto seemed the natural choice of power unit which they mated to a Type 9 5-speed gearbox.

The suspension is independent all-round and the cockpit finished very closely to the original design. Externally, the only real giveaway to its true identity are the slight arch extensions which mask the slightly wider track.

Their plan was to go into limited production, and once they got past the first prototype stage, this very car was the first production car they completed. They did such a good job of it, that it is the car used in the original brochure and for press use (copies on file).

It was first registered in April 1993 and reads in the logbook as an L&R 3. We understand that approximately 10 were produced before the partners called it a day - the costs and complications of producing a low-volume car defeating them in the end - well, they wouldn't be the first would they?

This car came into the vendor's hands in 2016 and appears to have done a shade under 17,000 miles since it was produced. It is extremely well specified, including a windscreen and sidescreens (not fitted), a set of wire wheels (currently also not fitted), hood sticks and a hood cover (yep - currently not fitted) and a tonneau - which is!

The vendor has currently set it up for fast road/track day use, with four new Pirelli 15" tyres on Minilite style wheels. He has also added brown leather seats from an MX5 which suit the car well and are most comfortable. Just recently it has had a new master cylinder and a replacement brake caliper.

The Pinto engine has been tuned - we are told with a stage 3 head and is reputed to go extremely well...the vendor refers to the car as a 'lightweight' - adding that it weighs some 250kilos less than the original - no wonder it goes like stink.

This is an interesting and sophisticated alternative to a Cobra or Locaterfield kit build and is already done for you!