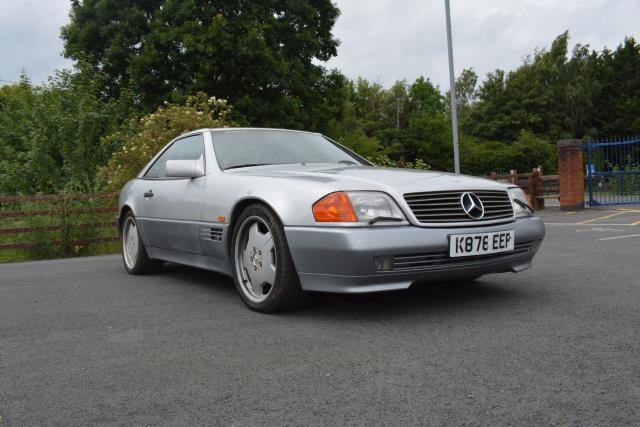 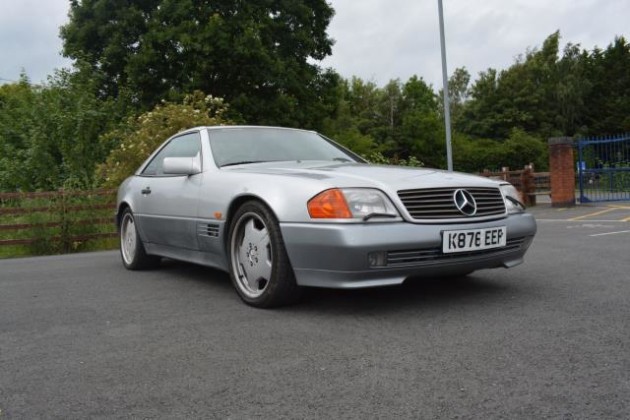 As is often the case in that country, mileages are minimal, which explains why this car has only covered an average of 1,700 miles per year.

It retains its original Japanese paperwork although no hand book as such. The V5C shows that it was imported into the UK in 2016 and registered in June of that year K876 EEP.

It had some new top strut mounts at that time and an MOT which was needed to register the car. Since then it has barely turned a wheel and remains in stunning order, sitting on a set of AMG wheels.

The vendor informs us that it is indeed a fine car, the only fly in the richly iced cake (to mix metaphores) are the hood rams which do not hold fluid - a common enough issue on these R129s we are led to believe when the hood is not operated regularly.

Complete with hard top, this impressive 5-litre V8 is one of the nicest we have seen and the way interest in these beautifully engineered Mercedes' is going, looks like an excellent place to store some hard earned cash...