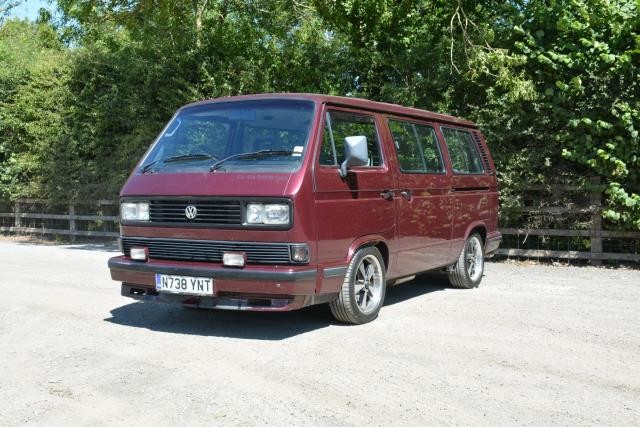 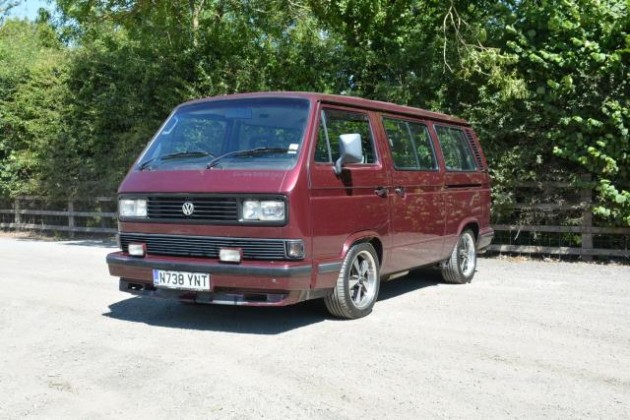 This Type 25 was built by the Volkswagen South African factory for home consumption. There are thought to be no more than 10 examples of the South African VW T25 in the UK which came fitted with the desirable ADV code Audi 5-cylinder 2.6i engine. It also has A/C (currently requiring regassing), electric windows, central locking, eight seats and a certificate from VW South Africa claiming the vehicle is unable to meet the UK emissions standards for 1996 so is exempt from emissions testing to the 1996 requirements.

The model featured the sought after square headlights and super rare South African-only lower grill and remains in great shape with only very minor surface rust in a few areas thanks to its years in the hot and dry African climate. This 1996 Caravelle saw only light use in South Africa before its owner shipped it over here. In 2004 he sold the Caravelle, at which point it had covered just under 43,000 miles. It was subsequently owned by the editor of Volksworld. When the current owner acquired it, the bus had already been fitted with lowered springs and a Porsche steering wheel to which have been added some neat Fuchs-style alloy wheels to continue the theme. He has subsequently added a correct South African sourced exhaust manifold and a bespoke full stainless exhaust.....and lowered it a tad more.

He also found and fitted correct clutch master and slave cylinders as well as giving it a major service which included all filters and fluids replaced, new rear wheel studs, new front wheel bearings and replacement of corroded power steering lines. To cap it all, a new a/c compressor was also sourced from South Africa to the exact spec required. Finally, he has upgraded the ECU to a Megasquirt 2 system which has given the very healthy dyno reading of 139bhp...a touch more than quoted by the factory.

The clock currently stands at 121,000 kilometres (76,500 miles) which the current owner believes to be correct, but there is no documentary evidence to back this up, although the overall condition of the van certainly supports this figure. He has covered about 12,000 kms since he bought it and the van has an MOT until 13th October 2020 - its first test in 7 years so it is now back up to how it should be. There are, in all, five recorded keepers. The van was featured in Volksworld Camper & Bus magazine (issue 4 2006), a copy of which accompanies the van as well as its original handbook, service book and one old MOT. The vendor has removed the cooker unit and turned it back into the full eight seat Caravelle it started life as. N738 YNT is a rare, upmarket Type 25 with an attractive engine option and has seen relatively little use and a lot of recent care and attention.