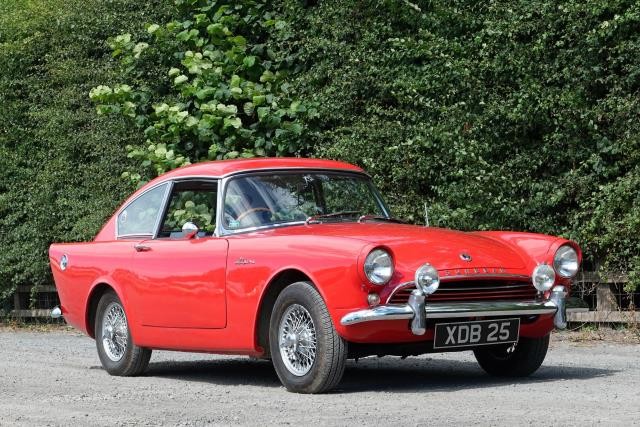 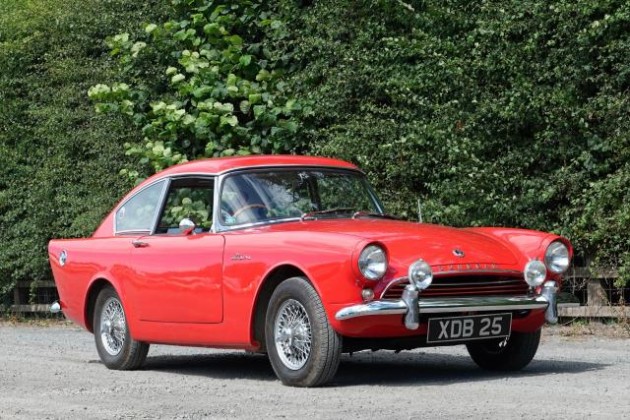 One of only around 20 built and 12 remaining; three owners, the current for 19 years; former concours winner; matching numbers; well-known car in good condition throughout

Thomas Harrington Ltd was founded in Brighton in 1897 and specialised in making coach bodies, going on to make armoured vehicles in wartime and even coachbuilding a few cars for Rolls-Royce and Talbot. In later years they became agents for the sale of Rootes cars so it was natural that Sunbeam turned to Harrington when they wanted to create a Coupe version of their Alpine Roadster in 1960. Each Harrington Alpine was handmade to order and no two are exactly alike as customers could specify their own interior trim and mechanical upgrades. Only around 384 were made in total before production came to an end in 1964, around 250 of them to Le Mans spec and around 20 to Series C spec, as here. Built on an Alpine Series II body, the Series C cost over 50% more than a standard Alpine and had a glassfibre top with an opening rear hatchback, a distinctive air vent in the roof and pronounced tail fins with a range of trim and equipment options. This particular Series C was based on a 1963 Alpine with a Hartwell-tuned 1,592cc engine with twin Zenith carbs producing around 90bhp and mated to a four-speed overdrive ‘box. The original buff logbook shows that XDB 25 was first registered to British Metal Crates Ltd of Stockport in February 1963 and had six further keepers, all in Cheshire, before it was acquired by marque-expert Terry Gatley of Warrington who restored it in the early 1980s, our vendor acquiring it from him in 2001. Well-known to the Club and a regular on the show circuit, it has scooped many awards over the years, winning its class at the Alpine Owners Club concours in 1992, 1995, 1997 and 2005 and being runner-up in 2001. A good file of invoices and photos show regular upkeep over the current 20-year ownership including many new parts and periodic attention to the Carnival Red bodywork. Electronic ignition has been fitted but the original parts also come with the car. The file includes 28 old MOTs which chart the gradual accumulation of mileage from 74,698 in 1989 to today’s total of 92,033 miles. In generally good order throughout with a nice black leather interior, it has always been in light regular use, starting promptly and running very nicely as we moved it around for these photos. The large history file also includes many old tax discs and a wealth of technical literature relating to the model including period road tests, an original Harrington sales brochure, original Alpine owner’s handbook, Haynes Workshop Manual, historic photos of XDB 25, Club literature, various trophies amassed over the years plus much else besides. One of only 12 Series C models thought to survive, this nicely preserved 'matching numbers' Harrington will be sure of a warm welcome at any classic event. It could be a long time before you see another for sale so if you have ever fancied one, bid vigorously now or kick yourself for your hesitancy hereafter! For more information please contact James Dennison on 07970 309907 or email james.dennison@brightwells.com