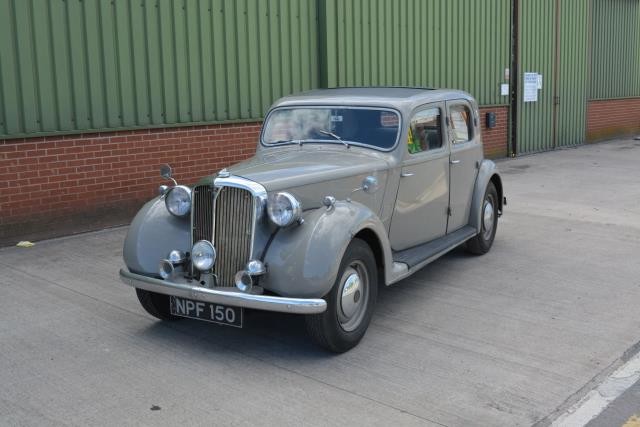 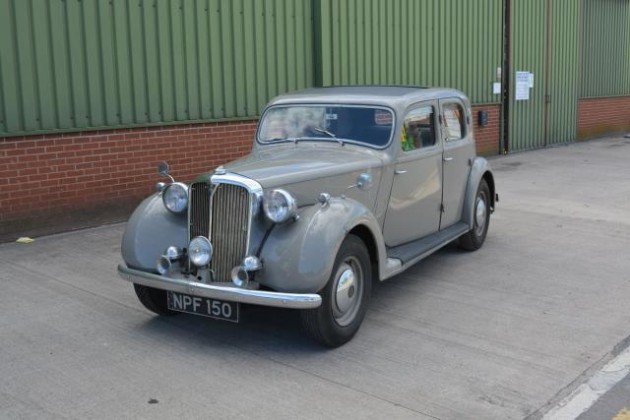 This rather splendid P3 75 was completed on 8th August 1949 and despatched the next day to W H Atkinson and Co in Huddersfield according to the accompanying Heritage Certificate.

It wears the registration number NPF 150 which was issued by Surrey Council in 1949 which is a slight mystery, but cars were hard to come by in 1949 so maybe its new owner lived in Surrey?

It was purchased by the vendor in 1989 - so comes from 31 year ownership and it was re-registered on what is thought to be its original number in 1981 - the old style V5 stating it was declared manufactured in 1949 (which it was).

The car is still on the DVLA database and the submission of the old style V5 should get its new owner a shiny new red one. It has two original handbooks, a book on Rover cars and various old bills etc.

In 1989 it had an some money spent - with new kingpins, idler and track rod ends and a further £500 was laid out in 1990 on an 'engine-out' overhaul including a replacement camshaft and four new rockers. We are also advised that further work to the chassis, bulkhead and woodwork was undertaken at about this time.

We are told the exhaust is made of stainless steel and the sunroof works, although we cannot confirm if the original radio 'warms up' as there is currently no battery on the car. This is because it has been in storage for the last seven years, although we are told it was running just fine when it stopped.

The interior is delightfully original and the attached photos show the best and worst of the bodywork. It remains very solid indeed, but there will be some jobs to do to recommision it for the road.

This is a rare, desirable and attractive 4-lite Sports saloon which a powerful six-cylinder engine. It is extremely original and complete down to the radio and pull-out tool tray under the dashboard.

We have not attempted to start it while it has been on-site.