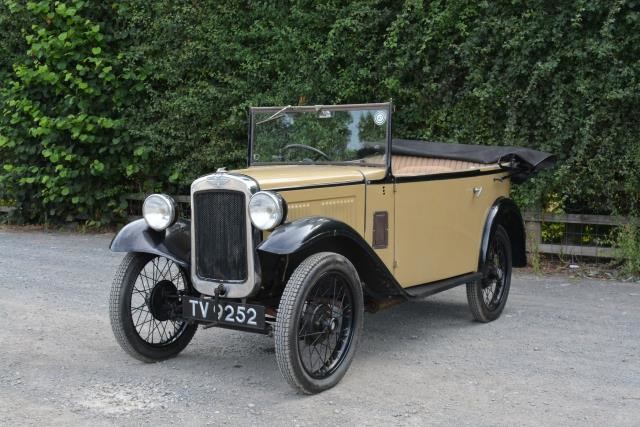 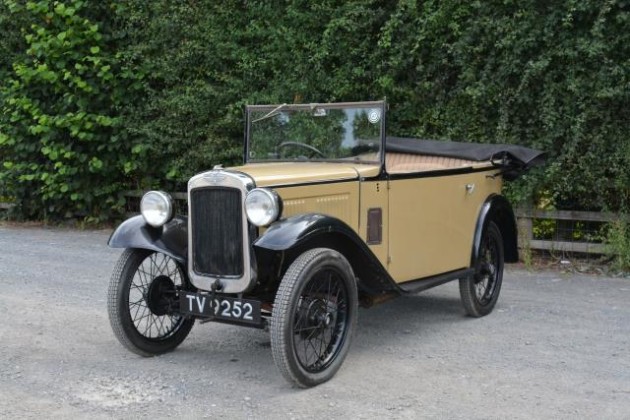 By the early 1930s, the design of cost effective and long-lasting saloon bodies had developed to such an extent that they constituted the bulk of production, even at the cheaper end of the market. As a consequence, open tourers of the period are quite rare, such is the case with this delightful RL tourer on offer today.

The long wheelbase chassis introduced in 1932 added a useful 6" to the inside space, making even the diminutive Baby Austin a useful car for the family man - retaining all of the usual Austin attributes - cute looks, reliability, low cost of ownership and a grin from ear to ear.

Notes on file tell us that it was first registered to a lady in Nottingham in September 1933. She was to own the car for the first twenty years of its life. It passed to Mr Gilbert of Long Eaton, changing hands again in 1961 and 1963 before finding another long-term owner in 1964 who commented 'the two Sutton Bonington owners (1961 and 1963) didn't look after it'.

We understand he was to keep the car until 2009 - a period of 45 years, the car passing into the hands of a local owner who was to keep it for a further 10 years.

There are considerable signs of restoration work - quite when it was done we do not know. The upholstery has been replaced and it has an excellent hood and full set of weather equipment.

The carburetor has changed to a down-draft item on a new manifold. This alone will make a world of difference to its performance and it should buzz along at 50mph all day long.

The chassis is clean and in good order as is the general condition of the bodywork and the car has an air of originality about it. It is every bit as good as it looks in the pictures and has been running and driving around on-site since arrival.

There are some letters and notes on file, an old style log book, buff logbook and a few old MOTs.

Pretty as a picture and with a string of long-term owners, this charming Seven looks exceptional value at the catalogue estimate.