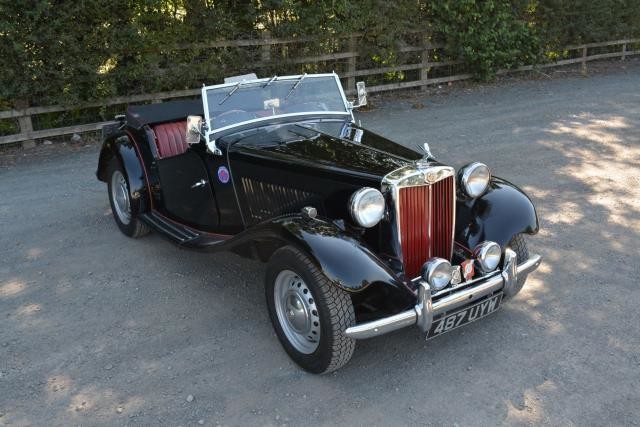 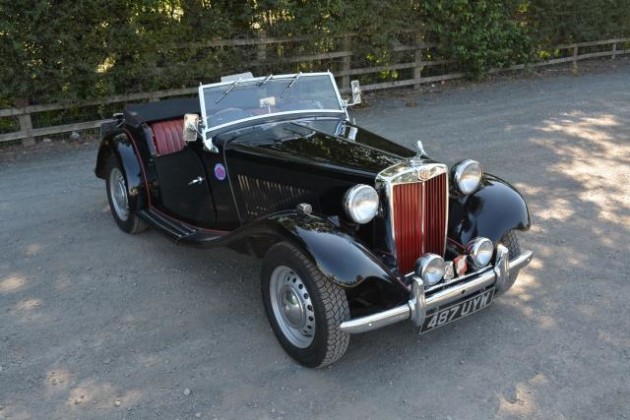 This well-presented 1953 TD was originally registred JCA 846 according to its original Buff logbook and was first licenced in Denbigh.

The continuation book shows that it was still wearing that number in 1972, the subsequent old style V5 showing that it wore a private number 4593 MG until that too was changed to the current 487 UYW.

We are not sure when the car was restored, as it certainly has been at some time, but bills on file from 2012 to 2015 show some major work to the engine and new rear springs.

The vendor acquired the car in 2019 through the MG magazine since when he has undertaken just minor works such as a headlight rewire and new steering column bushes.

He confirms it has a five-speed gearbox conversion which gives an overdrive fifth and relaxed cruising as speed. It was driven some 35 miles to the sale.

The car looks very nicely presented in its black livery with tan hood and sidescreens. It has a dash full of the correct instruments and was MOTd as recently as last year - the file consisting of 21 old MOTs with a mileage change in 2012 which could indicate the fitting of the alternative gearbox. There is its original handbook and three good books including a TD workshop manual, The Original MG T Series and The Magic of MG.

This is a very well cared for, usable and complete original UK supplied TD.