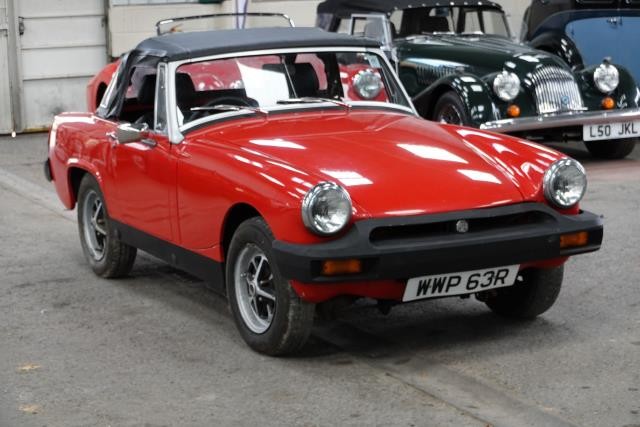 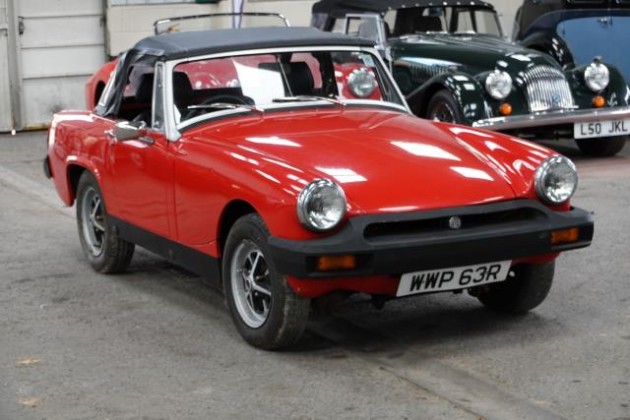 The Midget totally sums up the MG ethos – to make small, quick, good-handling cars at an inexpensive price.
Beginning in 1963 with a 55bhp1098cc A-series engine, it was steadily developed, front drum brakes soon giving way to discs and in the MkII model gaining improved rear suspension with semi-elliptical rear springs. In 1966 the MkIII was introduced, powered by the punchy and flexible 1275cc engine that had helped to enhance the Mini Cooper’s reputation. With 65bhp on tap the Midget was capable of snappy acceleration and speeds into the 90s.
Styling changes in 1972 saw the new Rostyle wheels housed in rounded off rear wheel arches in place of the old square ones and in 1974, the MkIV 1500 arrived. Powered by the 1493cc pushrod OHV engine from the once-rival Triumph Spitfire (which also provided the transmission), the little car was now capable of 100mph from the 66bhp motor. US legislation also ushered in rubber bumpers which increased rear ride height by two inches but gave little away in terms of handling.
Dating from March 1977, this Midget 1500 has been in the current ownership since 2002 and was in regular use until 2015. A good file of invoices show regular upkeep over the past 20+ years including photos and bills for restoration of the bodywork in 1998. More recent bills show a new alternator in 2007, a new clutch kit and master cylinder in 2009 at 103,808 miles plus regular servicing / check over at MOT time.
Now showing 105,522 miles, the car has been in storage for the past five years and although it still starts and runs it will doubtless need attention before it can be returned to the road. The bodywork appears basically sound and the paintwork is fairly presentable barring some microblistering here and there. The interior will also need smartening up, especially the driver’s seat squab which needs a new cover.
Documentation includes a V5C, old style V5, two workshop manuals, various parts catalogues, book on the purchase and restoration of the Midget range plus 15 old MOTs from 2015 to 1991 when it had covered 75,758 miles.
These are simple cars to work on and parts are plentiful and cheap so it shouldn’t take too much to get it driving again.

AMENDMENT: Please note that Experian records this car as having been stolen in 1991.

For more information contact James Dennison on 07970 309907 or email james.dennison@brightwells.com