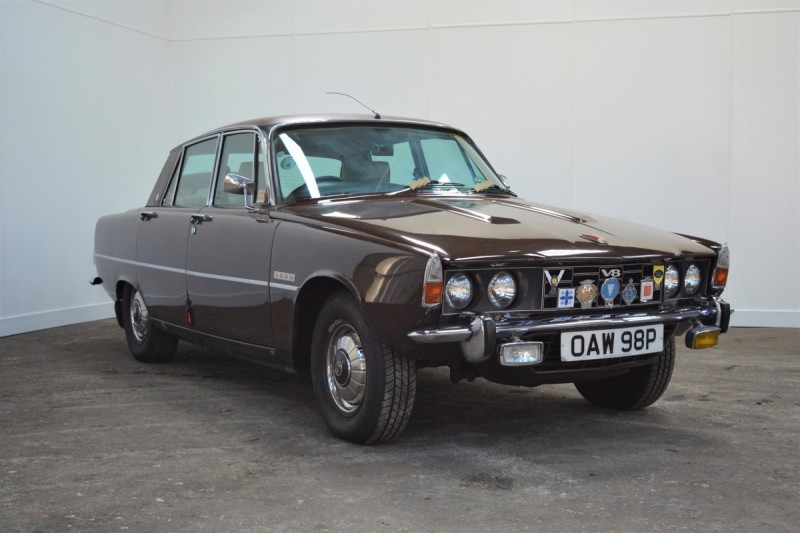 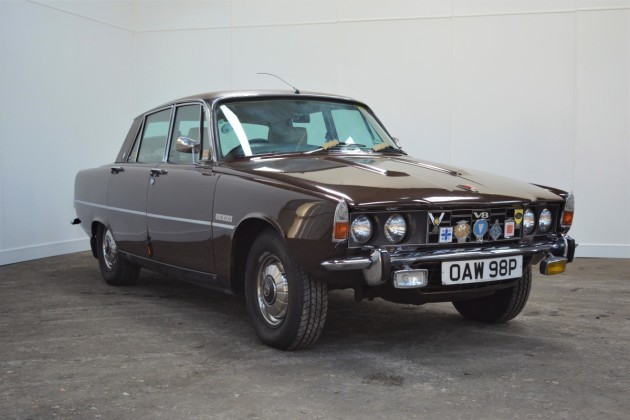 Owned by our vendor since new; initially registered in Jersey; covered only 34,500 miles

First registered by our vendor and her late husband in Jersey in the 1970s, this V8 Rover, looks fabulous and is only showing 34,500 miles on the clock. Thanks to being an island car, this is very likely to be correct.
After a house move to the mainland in 1988, the Rover was UK registered as OAW 98P. No paperwork is on file for this part of its history, but our vendor fondly remembers her husband desperate to buy the brand new 2-litre Rover but after no doubt a little encouragement by the salesman, ended up coming out of the showroom with the slightly quicker more powerful model. Again, few miles were covered during this period as although he was able to drive, it was kept to a minimum, sadly having had one of his legs amputated.
The paperwork starts almost a decade later in 1996, when £1,400 was spent on repairs and servicing by Atkinson’s Restoration Services in the West Midlands. Recorded mileage at the time showed 27,111 miles and work included replacing all four bumper irons (possibly affected by the salty sea air of Jersey!), repairs to some of the interior and a thorough service.
Between then and at least 2019, it has been serviced on a regular basis and MOTd by Court Autos of Telford. Both the invoices on file and the MOTs show the mileage steadily rising to its current low reading of just 34,500miles. Not surprisingly, during this period, it often seemed to have ignition and fuel supply issues attended to, most likely due to the light use over the years.
Structurally, it doesn't appear to have had any serious work done and still doesn't need it, although bidders should be aware that in 2014, both rear and front near side wings were removed, re-shaped, refitted and re-painted. The car was also heavily waxoyled to preserve from any further age related corrosion.
For those with an observant eye to detail, this car is indeed an automatic, although if you find yourself looking at HPI/Experian you will see it is listed as a 3500 ‘S’. An error on the part of the DVLA we believe but easy enough to either leave as is or rectify.