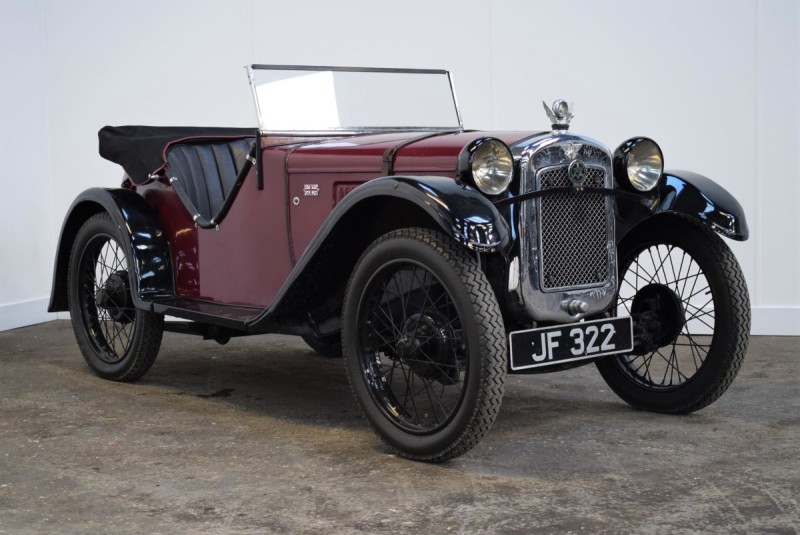 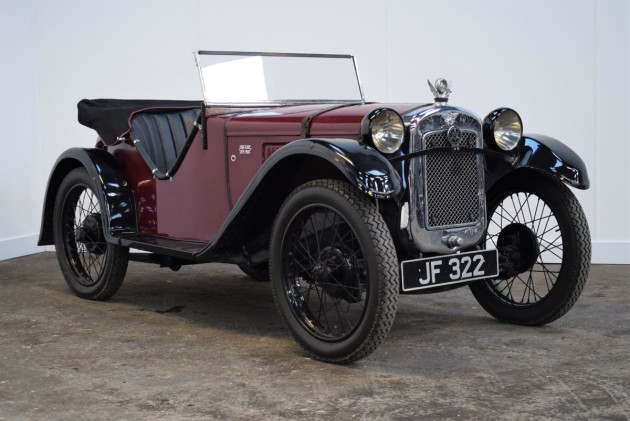 An Austin Seven needs little in the way of introduction and certainly no apology. They have consistently been one of motoring’s greats since their introduction in 1922, made all the more so due to their giant killing success on trials and tracks over the last Century.

Perhaps the most iconic model offered was the Ulster, so named after its giant-killing exploits in the 1929 Ulster TT where it managed to give Campari’s much larger Alfa Romeo and the Bugattis a real run for their money, coming 3rd overall and 1st in class by a huge margin driven by Archie Frazer-Nash. Soon available to the general public from the factory as their sports offering, the Ulster came in Supercharged and un-Supercharged forms and continue to delight enthusiasts of all ages to this day. A whole industry has evolved in supplying parts to convert what was the family’s old Austin into a Replica of one of these high-performance hot-shots, although this is NOT one of those – this is far more interesting.

(See Amendment below) At the time or writing, we don’t know what it was doing prior to 1969 when it was sold at the Pembroke Dock Museum auction in Wales. At this point it had the specification we see today, although a reference on the A7 Clubs Association database mentions a Super Accessories body was fitted at some point – certainly prior to its time in Museum captivity.

It has been suggested that given the floorpan and steel body structure are clearly originals, these items may have lurked beneath a later body. Whatever the story, this car retains lots of interesting Ulster parts and certainly looks and sounds the part.

We have been informed that the factory built batches of around 10 Ulsters at a go, this car sitting within a known range of chassis numbers for Ulster cars – so that stacks up. It was also registered in November 1930, at about the same time as another car in the batch although Sevens with later chassis numbers were on the road well before then – again indicative that this car was something out of the ordinary.

Supplied with just the current V5c, we know that a few years ago it joined the James Hull collection, forming part of the deal when Jaguar Land-Rover purchased some hundreds of cars for their collection for an undisclosed sum. It was subsequently purchased by the vendor directly from them a year or so ago, but is not on his list of ‘keepers’ hence it is now available once again.

Looking at the car carefully, there are plenty of encouraging signs of its authenticity. The crankcase is a factory pressure-fed item and carries a correct water-pump driven off the front of the mag drive housing. It has 10 studs holding the block to the crankcase, a rare and desirable feature. The engine number is obscured by the Cozette, but it is elsewhere date stamped 27/2/30 although its 10 studs may suggest a slightly later date. The block displays strengthening in the casting and of course the Cozette blower sits on the near side. The fuel tank is pressure fed by air from a dashboard pump and the bulkhead has lots of interesting holes which have had some use in the past but not today.

The bodywork has a larger roll-top edge than is common on recent replica body construction and the wings are steel. Since arrival on site, it has been running nicely on all four cylinders with a nice whiff of Castrol R, hopefully from some oil in the petrol to help lubricate the Supercharger. We have enjoyed driving around on site, stopping and changing gear as one would expect. It is nicely trimmed in the correct manner and comes complete with hood and hood bag and a comprehensive and correct selection of instruments.

We can’t help but think that this car has more secrets to tell, but is already a rare and highly desirable car as it stands today.

Amendment: since cataloguing, several previous owners have been in touch. The car had been living in an orchard, under cover near Bromsgrove from around 1956-63. It was purchased by a student for £35 as a non-runner with cycle wings and the original body. He soon had it running, selling it to a friend John Smith a couple of years later for £95! The new owner's family who had run Chester Smith Garages in Feckenham (Worcs) moved to South Wales in around 1967 and set up a motor museum in Pembroke Dock. The car had its correct engine, body and chassis but was not Supercharged although there was a Supercharger with it. From there it was sold at auction in the early '80s still with its original coachwork.

A subsequent owner has been in touch to explain that he purchased the car in 1991 as a hillclimb special, to find that underneath was an original Ulster chassis and engine. He restored it using correct ancilliaries etc, retaining a great deal of originality in the process. He has confirmed that the restored body is also largely original.

Given that this information has now come to light and covers the last 65 years, any reference in the A7CA register to a Super Accessories body appears to be erroneous.