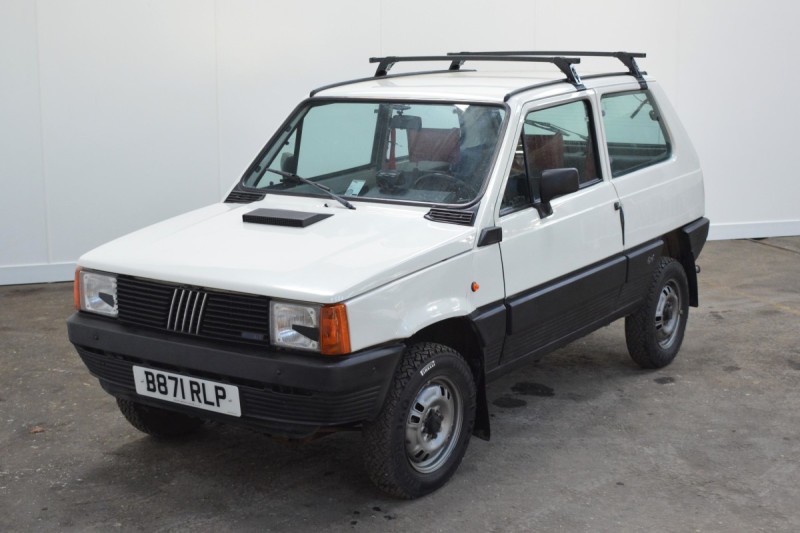 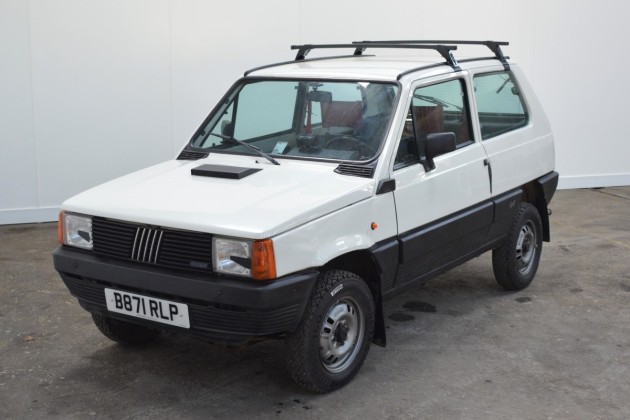 Early LHD 141 Series with Steyr underpinnings; iconic and very on-trend off roader; around 67,500 miles; a very solid example having just arrived from Italy; its even got duel-fuel for urban driving

If you want to look 'old money' in St Moritz these days, a flashy Range Rover or Aston-Martin SUV will simply not do - a Panda 4x4 is the only choice - and best of all a Guigiaro-designed 141 Series Mk1.

Said by the master designer himself to be his most successful design, not only as the closest end result to the original design brief, but for its simplicity, effectiveness and crisp lines.

Introduced in 1984 to a somewhat sceptical audience, the Steyr-engineered 4x4 soon proved its go-anywhere credentials and they are still in high demand today in areas with narrow roads and slippery access - there is very little else that will do the job.

Fitted, we are told, with the Autobianchi-type engine mated to Steyr transmission and selectable four-wheel drive, this rock-solid example has spent much of its time in Rome. Its owner, a member of the local Veteran Car Club was obviously an enthusiast, the car sitting on a correct set of Pirelli mud and snow tyres which are made almost exclusively for Panda 4x4s these days and sporting an inclinometre on the dash possibly from a later Sisley edition.

A series of road tax chits suggest it lived in Southern Italy from 86-97 and the file includes its original handbook and the most recent Italian registration certificate which relates to its time in Rome. At some point, its owner has even installed a discrete LPG system - a common addition in Italian cities to reduce particulate emissions  - making this already economical Panda even more cost effective to run.

The car arrived in the UK late last year since when it has been given an 'advisory-free' MOT which expires at the end of December 2021 and is now UK registered B871 RLP.

As can be seen from the photos, it sports a set of vinyl car seat covers and a set of roof bars for the skis. There are a few signs of attention to the paint work which is only to be expected of a car that has lived in any Italian city, but the panels are straight and the usual bugbear of rust is conspicuous by its absence. We have driven the car around on site - starting readily and changing gear as it should, accompanied by the usual extra transmission noise associated with these cars.

Good examples are very hard to find, the model having developed a cult following similar to the Renault 4 and 2CV. Grab this while you can.