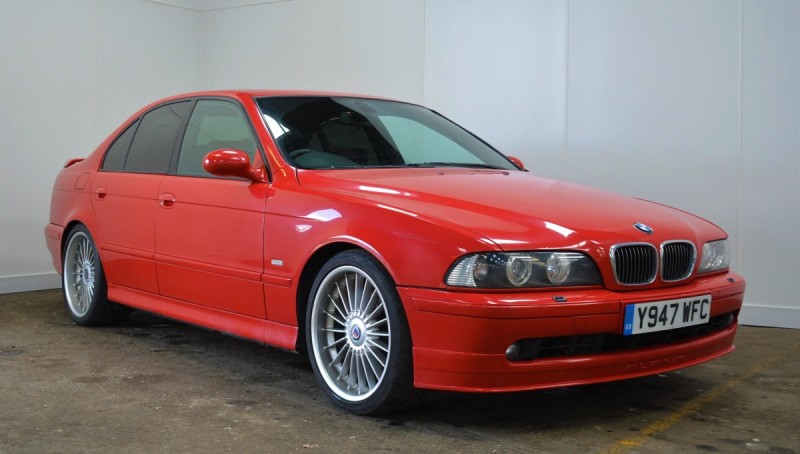 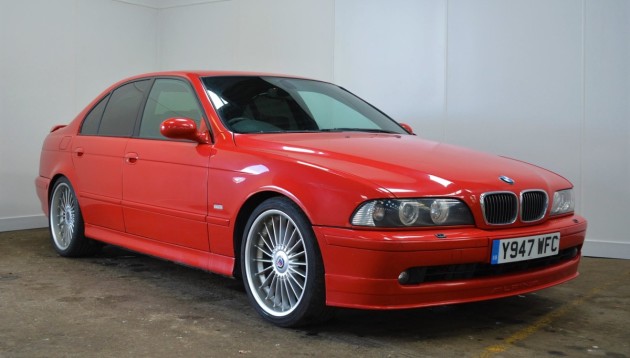 Supplied new by Alpina authorised dealer Sytner of Nottingham in summer 2001 this very attractive and rare car is a wolf in disguise like many Alpina brethren.

Wearing its 167,530 miles with consummate ease, it looks and feels like its done half that, no surprise given its been in the same careful ownership since 2005 with just three keepers prior to that. The interor shows few signs of wear other than one of the steering wheel buttons and the bodywork is smart for its age and mileage with but a few marks evident under close scrutiny - its clearly been cosseted.

The history file includes the smart leather Alpina owners wallet with manuals and service book showing 14 service stamps all by
Sytner (4) and North Oxford BMW (10) plus the PDI by Alpina Germany on the 19th March 2001. The last service by North Oxford BMW was in February 2019 at 165,133 miles. In addition to the V5C, the file includes a selection of invoices. Work on file of note includes £1385 spent in January 2018 on repairs to both sills from corrosion, new rocker cover gaskets, and new brake lines. Two new tyres were fitted in October 2017, a repair to the wiring harness in the boot, replacement brake calliper, pads, handbrake shoes and fluid in December 2016 costing £1913 plus other older invoices.

Coming with an MOT valid until February 2022 with no advisories recorded, this is a rare car and accoding to the build plaque on the head lining, is car number 67 of only 151 believed built. This limited build example offers a great alternative to the E39 based BMW M5 which were all manual and is somehow less thuggish and more gentlemanly. Don’t let the miles put you off, they are very well made and do double that with ease – we recently sold an older Alpina model that had covered 320,000 miles and it was fighting fit and still in regular use. Rarity and exclusive.