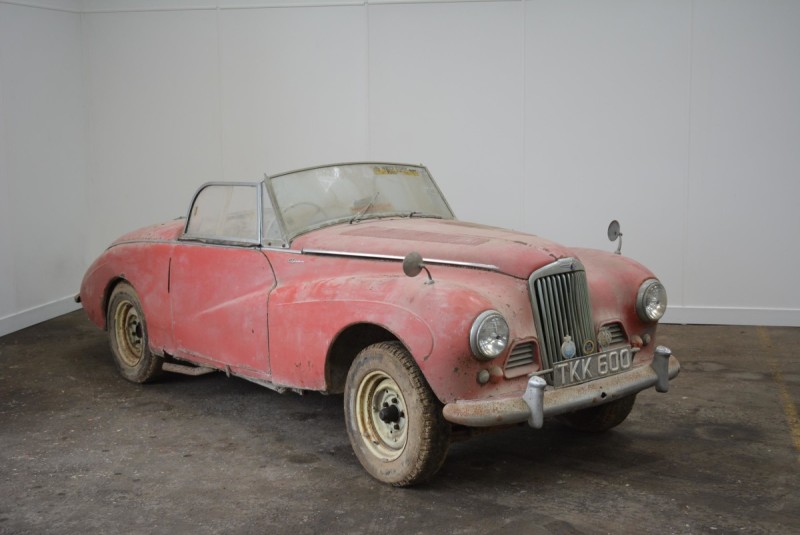 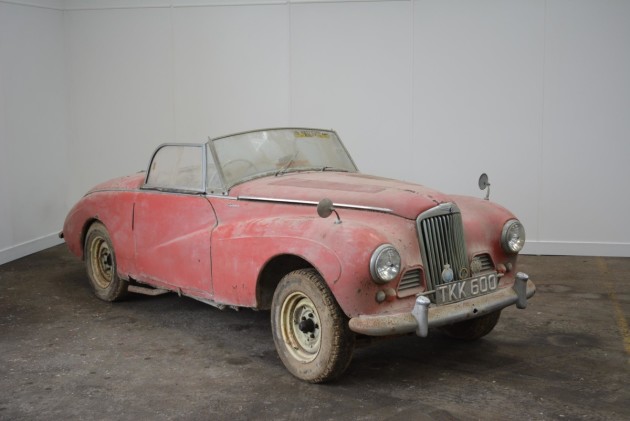 Hidden away for 20+ years and from 52 year ownership this is a rare and exciting opportunity to restore a great car; complete with some of its original 'S' features; new oil pump and Alpine speedo

Dating from July 1954, this rare old car is the enticing Sunbeam Alpine Special and has been in the hands of our vendor for over 50 years, and originally in full working order, used regularly.

It has sat in his barn, along with the other Sunbeams in the sale for at least 20 years, and although a big, dry and well airated building the cars have deteriorated as a result.

This Special Roadster represents a rare opportunity, being one of just c.22 RHD examples believed built and featured an alloy rocker cover, Siamese exhaust ports, twin Solex carbs and special induction manifold giving raised compression resulting in a reputed 97.5bhp from the 2267cc engine.  Sadly, our vendor leant his engine to a chum in need with another similar car but never recieved it back from him. He did however, keep many of the 'Special' bits off the engine including the performance inlet manifold, twin carbs, air cleaner, distributer and other bits which are in the boxes as photographed (further images added of all contents).  Furthermore, the chassis plate is present and intact (see further images) and clearly denotes the car as a Special - A30115940 HROS - and decoded equates to:

The body number plate is also intact and states -  STA 1893. The engine number stated on the old log books matches the chassis number too.

Within the history file we find an old style log book and 2 buff log books showing the car was originally registered to Rootes Limited in July 1954, before changing hands to its first private owner in October '54.  The car then changed hands a few more times in 1957, 1958, 1962, 1963, 1969 (motor dealer) and then to our vendor in March 1969 who has been lucky enough to own it some 52 years.  The registration TKK600 looks to have been on the car from new, with all log books confirming the car as a Special.  The colour when new was referred to as 'Alpine Mist', changing to simply 'Red' in the 1969 contnuation log book.

In addition to that above, we also find a few old invoices, correspondance with another Alpine owner, a letter from the club, club magazine, original Rootes parts booklet and one old MOT dated April 1971 showing 67,030 miles. The car currently indicates 74,188 miles which given its lack of use (and engine for 20 years+) would appear correct. The car wears a set of wider wheels fitted by the vendor many years ago, the original wheels are however included and are on site with the car.

Evidently a rare and desirable car with considerable scope for restoration given its originality and relatively complete state bar, of course, the engine. However, with the boxes of spares included (plus other bits in the car and boot, as pictured) it might well be possible to return this great car to a usable state worthy of its status.  Offered here at No Reserve, the highest bid takes it away.