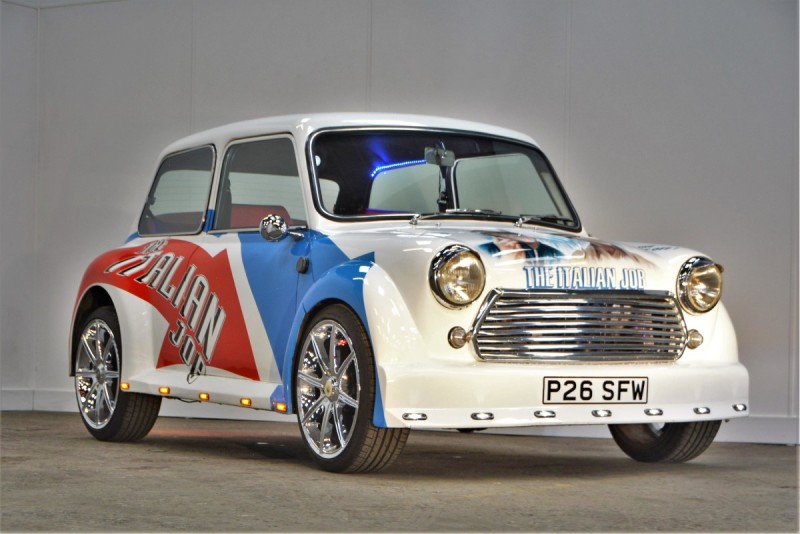 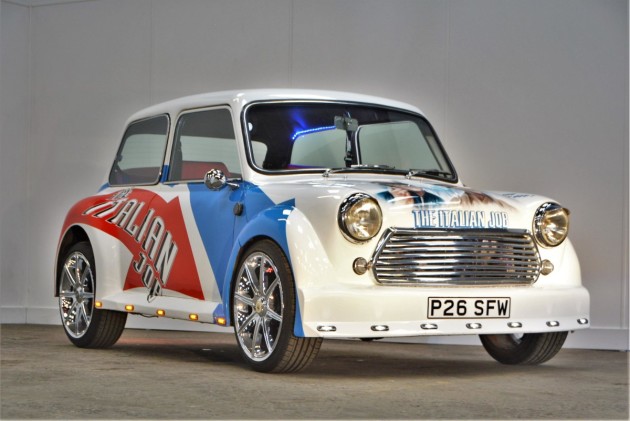 Over £30k spent on build; custom paint job; air suspension; keyless entry plus much else besides

This crazy little beast started out in life as a bog standard 1996 Rover Mini Equinox 1.3i until the third owner got hold of it in 2001 and said to himself: ‘Hang on lads, I’ve got a great idea"! He was to keep the car for the next 19 years and during this time we are told that he spent over £30k turning it into the Italian Job tribute that you see today.

Unfortunately there are no bills for all the work that has been done and no notes to explain exactly what features it has but most of the mods are plain to see. The bodywork has been given a dose of steroids with exuberantly flared GRP wheelarches front and rear and a forward-opening GRP bonnet with an integral chin spoiler. Rows of LED lights around the perimeter of the car give it some added showbiz sparkle.

The circular rear lights have been 'frenched in' and you will note that it has no door handles: to get into the car you just press a button under the mirror on either side and the door pops open. To get out you press the illuminated buttons either side of the push-button starter on the centre console, a keyless entry system familiar to any TVR Griffith owner. The boot also has no handle and is opened in similar fashion by another button inside, although both doors and boot can also be opened remotely using the key fob.

The car rides on 17" Armano alloy wheels shod with low profile tyres and in the boot you can see the plumbing for the air suspension which allows the ride height to be raised and lowered at will. Judging by the twin aluminium radiators under the bonnet, the 1.3 fuel injected engine may also have been pepped up somewhat, but that will be for the new owner to find out.

The most striking feature is the custom paint job which has been carried out to a very high standard, the boot and the bonnet showing characters and scenes from the Italian Job movie including, of course, Michael ‘You’re only supposed to blow the bloody doors off’ Cain.

Apparently well-known on the show circuit, the car was acquired last year by our vendor as a static display item to liven up his car showroom. Although it has a current MOT valid until September 2021 with no advisories recorded, in truth it is more of a show car than a practical day-to-day driver.

Previously insured with Adrian Flux at an agreed value of £20k, it is being offered here at a fraction of the costs lavished upon it to date. However the new owner plans to use it, this bonkers Mini will certainly turn heads and get people talking wherever it goes.