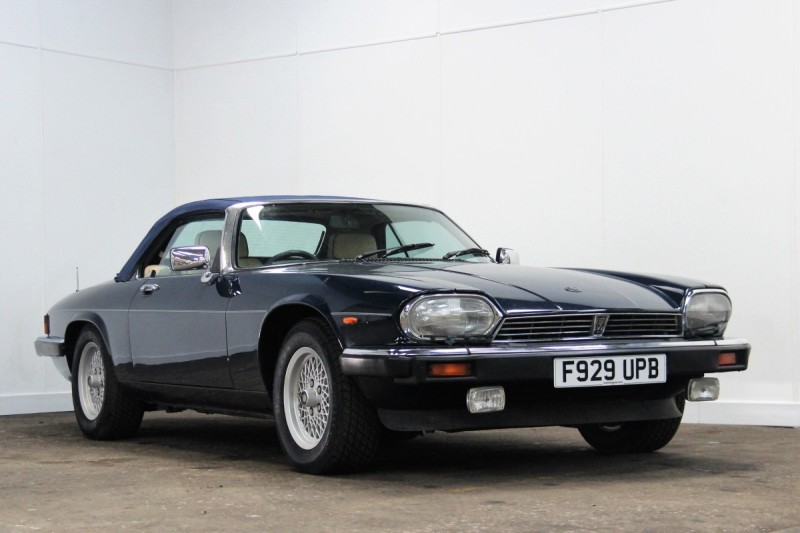 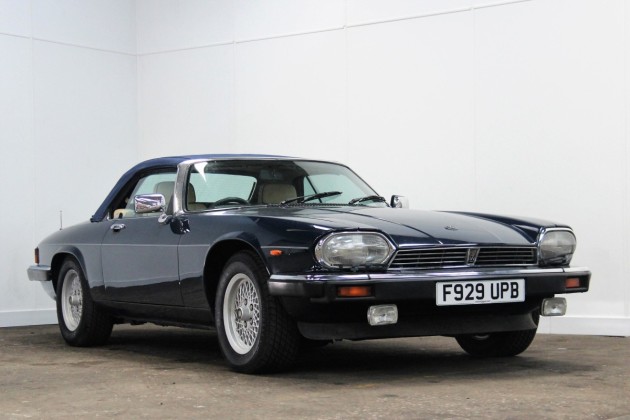 Launched way back in 1975 to replace the ageing E-Type, the Jaguar XJS Coupe was largely designed by Jaguar's legendary aerodynamicist, Malcolm Sayer.
Low, lithe and elegant, it slipped through the air far more efficiently than the E-Type and was a paragon of stability and silence at speed. Based on a shortened XJ saloon floorpan, it weighed over 100kg less than an XJ12 and in early manual form could sprint to 60 in 6.7 seconds and hit 153mph. In 1981 the XJS received the new HE (High Efficiency) engine with Michael May-designed Fireball heads which improved fuel economy by 20 per cent and upped the top speed to 155mph, making it the fastest automatic car in the world.
The long-awaited full convertible version of the Jaguar XJS was finally introduced at the 1988 Geneva Motor Show, a full 13 years after the coupe had been launched. Thoroughly re-engineered to compensate for the lack of a tin-top, it featured a reinforced floorpan, frameless doors and sophisticated electric hood complete with heated glass rear window. Underpinned by the same all round independent coil-sprung suspension and power assisted rack and pinion steering as its fixed head siblings, the soft-top came with anti-lock brakes as standard. Despite the hefty price tag of £40,000 a waiting list was quick to form.
Dating from January 1989, this XJS Convertible has had six owners from new, the previous acquiring it in May 2004 to join a collection of classic cars. Always kept garaged and only lightly used during his 16-year ownership, old MOTs show that it had covered just 3,200 miles during this period. Our vendor bought it only last year but due to Covid restrictions, has simply not used it, covering only another 50 miles or so. The odometer currently shows 97,600 miles which is nothing for this unstressed V12. Although there is precious little history with the car, there are invoices for new rear brake calipers and pads (including handbrake) from July last year and a new battery in April 2019.
The rust-free bodywork appears very straight and sound with good paint, the underside appearing equally clean and solid. The chromework is also very presentable and the magnolia leather interior is particularly good, as is the electric soft top which works as it should. In fact three months before the last owner acquired the car it had been vandalised which led to it being declared a Cat D insurance loss but the damage was only cosmetic (hood slashed; seats slashed; steering lock broken) with no damage whatsoever to the structure of the car and all was quickly put right.
Starting instantly as we moved it around for these photos, it has an MOT until July 2021 with just a couple of minor advisories for slight play in both front wheel bearings and ‘wipers don’t cancel’.