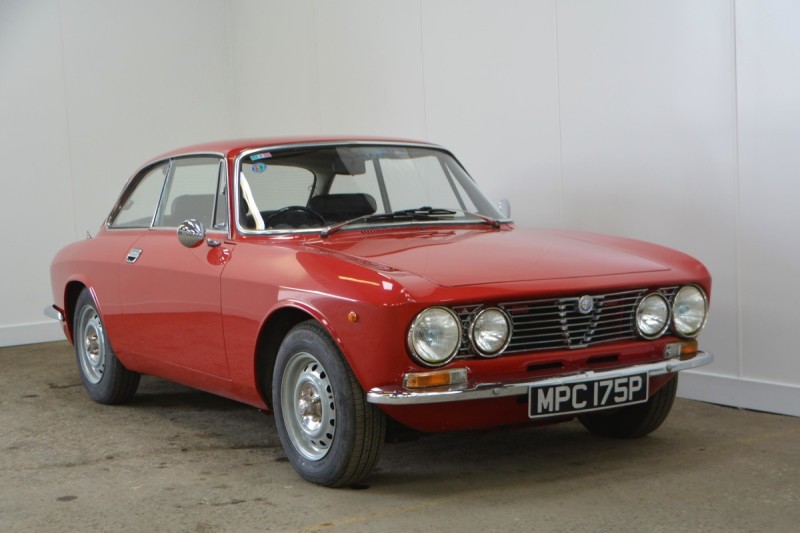 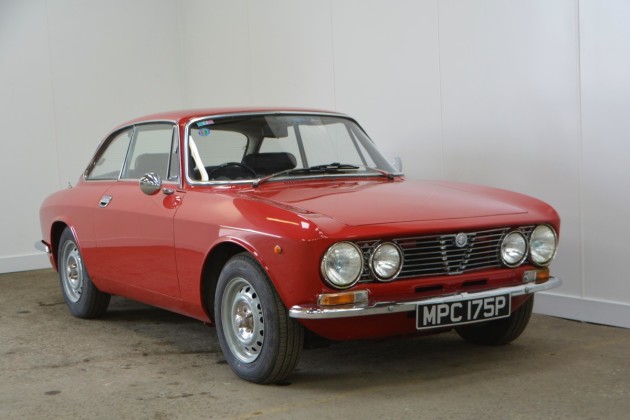 Launched in 1963, the 105 Series Giulia GT Coupe was the long-awaited replacement for the gorgeous but dated 101 Series Giulietta Sprint.

It was styled in just two months by a virtually unknown 22-year-old who worked on it in the evenings during his national service. That man was Giorgetto Giugiaro, on contract to Bertone, who went on to become one of the most famous car designers of all time. The balance of glass and metal, soft curves and sharp edges broke new ground in car design and proved highly influential. Rightly regarded as an all-time classic, the Giulia Coupe was to remain in production very little altered until 1976.

The 1600 GT Junior came out in 1972 and was intended to plug the gap between the 1300 GT and the 2000 GTV. It was powered by a quick-revving 1,570cc twin-cam four that produced 110bhp and 115lb/ft and gave it a top speed of 115mph. The underpinnings were taken straight from the new Giulia Ti sporting saloon, sharing the same five-speed manual gearbox, independent front suspension, coil-sprung live rear axle and all-round disc brakes. It all added up to a delightful package that offered a seductive blend of performance, handling and style.

This particular GT Junior was built in June 1975, as verified by an Alfa Romeo dating letter on file, and is a UK market car that was supplied new via Thomson & Taylor of Cobham in April 1976. Our vendor acquired it back in 2002 and ran it around for a couple of years before entrusting it to a friend to be restored. Unfortunately this never really got off the ground and the car ended up languishing in storage for the next 10 years.

In 2014 it was sent to Classic Affairs of Shropshire for a proper restoration which took two years to complete, as documented in dozens of invoices on file and hundreds of photos on a USB stick. The body was stripped to bare metal and many new panels fitted including the front wings, rear wheel arches, both door skins, inner and outer sills, jacking points etc, all supplied by Alfaholics.

The engine was fully rebuilt with new pistons, liners, main and big end bearings etc, and the gearbox was also rebuilt with new bearings. The braking system is virtually all new including discs, calipers, master cylinder and reconditioned servos. The same goes for the suspension which has new Koni Classic shocks all round. The rear axle was also overhauled plus much else besides.

Since the restoration was completed in 2016, the car has only covered around 3,500 miles. As you can see in the photos, the bodywork is all in excellent shape, both above and below, with very good panel fit. The paintwork has developed a couple of blemishes on the boot lid and along the top of the driver’s door where it meets the window. On the inside, both front seats could do with new covers which are readily available at modest cost.

Only reluctantly for sale because the vendor’s wife cannot get comfortable with the Italianate driving position and is insisting that he buy a more modern sports car instead (boo!) this thoroughly sorted Alfa now needs an enthusiastic new owner who can benefit from all the hard work and the many thousands of pounds lavished upon it to date.

These Bertone Coupes not only look gorgeous but they are also fantastic cars to drive and every true petrolhead should aim to own one at least once in their lives. Go on, you only live once…

Bidders are advised that an Experian check shows that this car was recorded as an insurance loss Type F in November 1994 (fire damage).