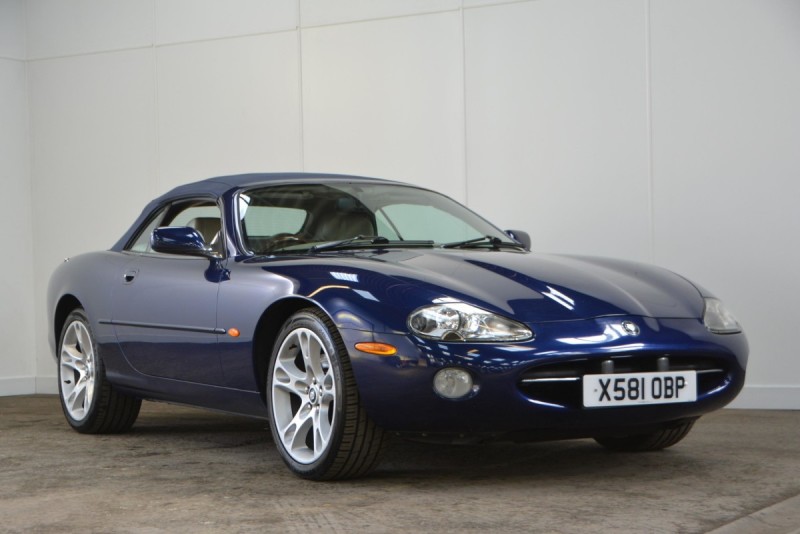 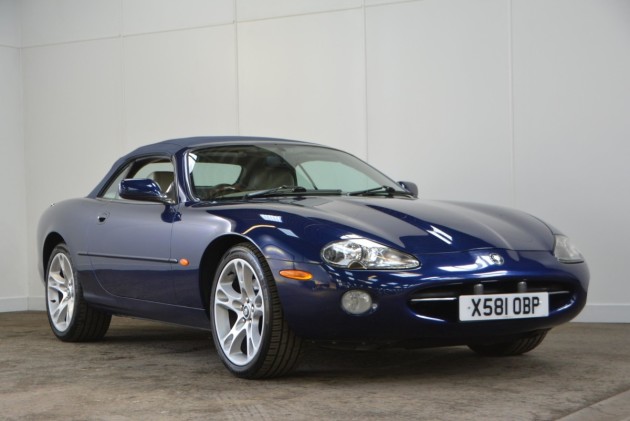 Only 55,300 miles from new with good history; three owners; a most impressive car all round

Supplied new by Harwoods Jaguar of Chichester in September 2000, this lovely XK8 4.0 Convertible has had just three owners, the current since 2016, and has only covered 55,325 miles to date.
The service book shows four stamps, the last at 31,889 miles in September 2004 with various invoices to show subsequent upkeep including another service in September 2017 at 47,944 miles; an interim service in September 2015 at 46,549 miles; air con regassed in 2016.
Finished in dark blue metallic with a cream hide interior, the car rides on 19" alloys and looks remarkably good for its age with gleaming paintwork and no signs of rust or damage to the body panels. The interior is equally clean and tidy, the only wear of any note being the fabric on the windscreen pillars which has gone a bit wrinkly, as can be seen in the photos. The electric hood works as it should and the hood cover is present in the boot.
The vendor states that the car drives beautifully although he advises that the ABS light comes on occasionally and then goes off again, a fault he has not bothered to investigate. Starting instantly and running very sweetly as we have moved it around on site, it comes with all its original handbooks and an MOT until December 2021 with no advisories recorded.