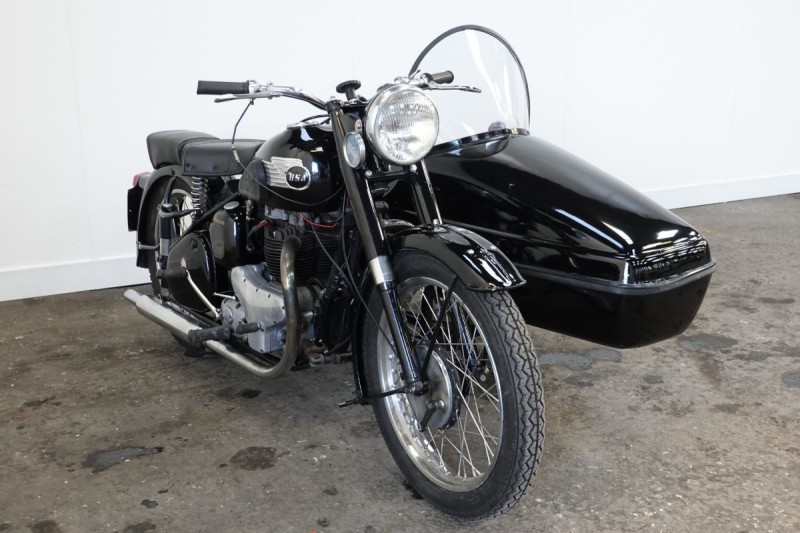 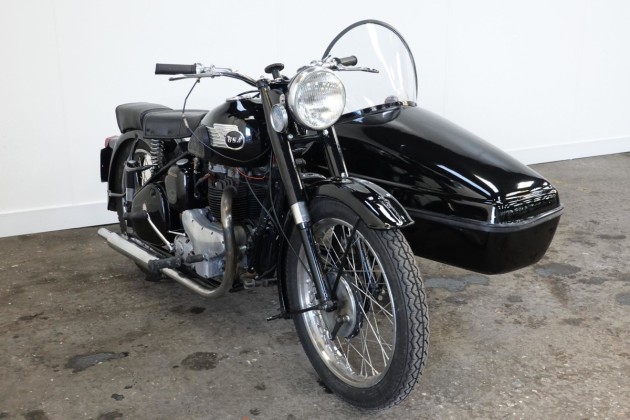 Riding a motorcycle combination is, in many ways, like dancing the gavotte* - a largely forgotten art. Like the gavotte, it takes a degree of skill to get it right, but is a source of great enjoyment to those who master it. As Wallace and Gromit will tell you.

This sidecar outfit is powered by a BSA A7 500, another example of which is also in this sale (Lot 124). It bears the Lancashire-issue number plate HTJ 553 (which is transferable) and the V5C records the date of first registration as November 1947. However, our resident bike expert points out that this A7 would originally have had a rigid rear frame which has since been upgraded with a plunger sprung rear frame which was available from 1949 - no doubt to make the ride more comfortable for the brave soul in the sidecar. Also our resident sidecar expert (he likes a bit on the side), he believes that the ‘chair’ is a Velorex, which is relatively modern and for which spares and accessories are still available.
The V5C records just three previous owners, the current keeper acquiring the outfit in April 2013. A dozen invoices attest to various new parts during the current ownership, including a new 6v dynamo armature, a new coil and new timing cover gaskets in May 2013. There is also an old MOT issued in March 2007 since when the bike has only covered 150 miles, and it wears a tax disc from 2015 when it was last on the road. On SORN from 2015 – 2018, the bike is said to be in good running order but would doubtless benefit from some precautionary checks before being ridden once more.
The Velorex is a lightweight chair which the 26bhp BSA will have no problems hauling up hill and down dale and the whole ensemble has a great deal of ‘olde worlde’ charm. Judging by a couple of photos on file, it is a hoot to ride as evidenced by the wide grins of both driver and passenger.
*We are talking about the gavotte of the baroque period – of Gluck and Rameau - and not the ‘column dance’ gavotte of the 19th Century. But you knew that.
For more information contact James on 07970 309907 or email james.dennison@brightwells.com