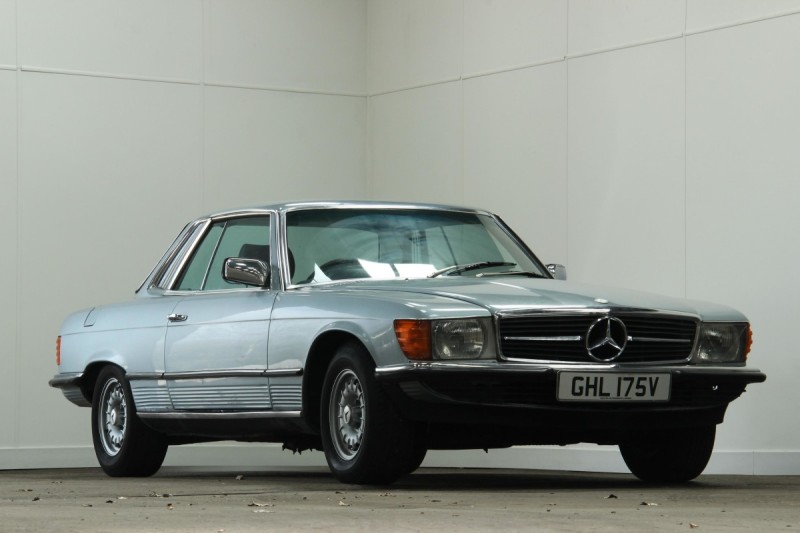 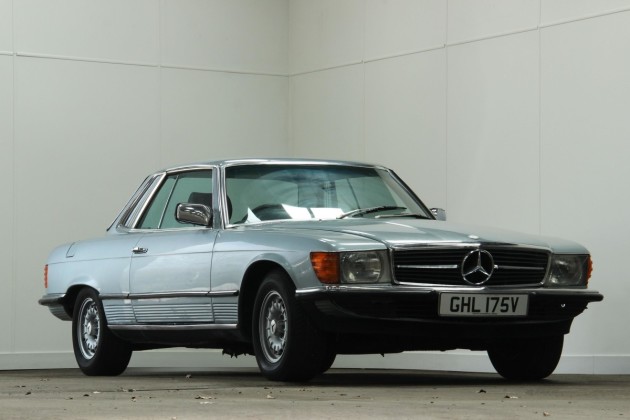 Only 66.171 miles indicated; major £9k service in 2016 and barely used since; scope for cosmetic TLC

This smart looking 450SLC was first registered in January 1980 and is showing 66,171 miles on the clock which can’t be warranted but is not implausible given the overall condition of the car which has a particularly clean and tidy blue vinyl interior.
A print-out of the MOT history and four old MOTs show that it has been very little used in recent years, covering only 2,000 miles between 2005 and 2016 when it appears to have been put into storage. However, there are some minor discrepancies with the mileage recorded on some of the MOTs and invoices so the true mileage is uncertain. The last MOT expired in March 2017 with no advisories recorded.
Bills on file show that the alloy wheels were refurbished in 2008 and that it received some welding to the rear floor pan in 2009. In 2010 it had a full service and two new tie rod ends and a drag link at which point the odometer reading is recorded as 66,160 miles. In June 2016 a previous owner bought the car from Coutts Automobiles of London for £14,950, the invoice stating the mileage at that time to be 66,292.
In October 2016 he sent the car Mercedes-Benz Gatwick for a check-over which ultimately cost £9,235. This included the following new parts: front suspension arms; alternator; starter motor; set of V belts; lower wishbones; steering damper; sunroof seals; fuel hoses; washer pump plus numerous other minor items. There is also an invoice for a new headgasket set dated June 2018 (although whether this was actually fitted is not clear) while another invoice shows that new spark plugs and plug leads were fitted by Merx Cheshire in March 2019 at 66,131 miles.
As you can see in the photos, the car looks generally presentable with a nice paint finish but there are a few bodywork issues emerging here and there. Running nicely as we moved it around for these photos and being offered here at a very reasonable guide price (check out how much dealers are asking for these cars!), this 450SLC should leave ample scope for the minor tidying now required.
For more information contact James on 07970 309907 or email james.dennison@brightwells.com