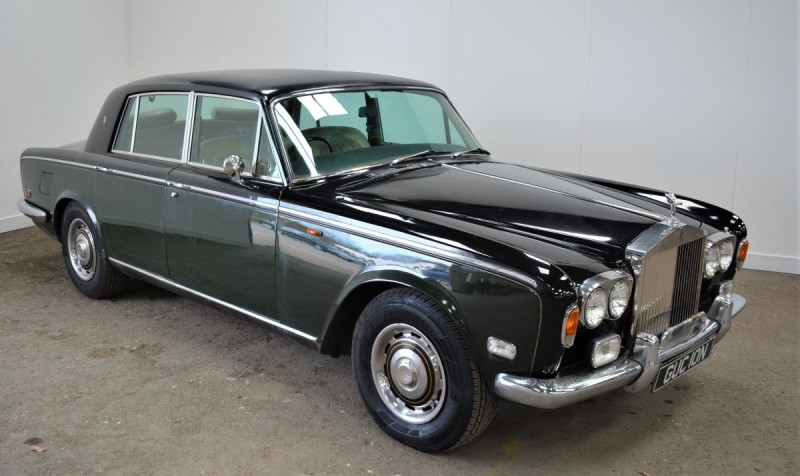 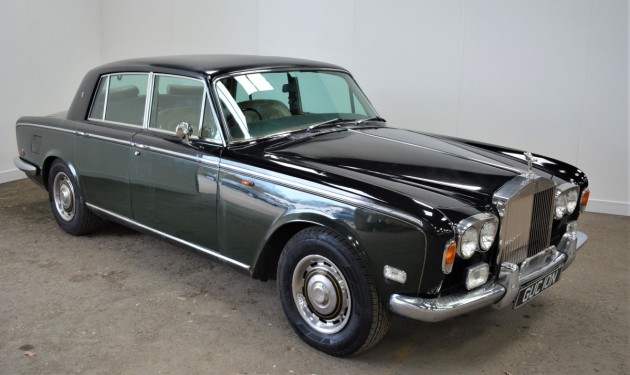 Supplied new in November 1974 via Jack Barclay this once majestic Shadow I was, according to the thick tome supplied by the RR enthusiast club Chassis card detail was originally finished in Garnett with gold coach lines, tan hide with L/fawn Ambla headlining and deep fawn carpets.  Several optional extras were fitted from the Special Vehicle Requirements brochure, including plain sundym glass throughout, head restraints to each front seat, the passenger seat to be set 2inches further rearwards and black Firestone radial ply tyres with further addition of a hand operated dip switch equating to a purchase price of £11,284.50 - quite the purchase in October 1974.  In addition to this copy original information, we find correspondance relating to the vehicle collection, Warranty claims and vehicle assembly notes and final inspection - all rather lovely to have on file.

Still retaining a regal look, the majestic lines of the Shadow still look impressive today, although time has evidently taken its toll on the paintwork of this car, which is a little flat, although the car appears largely solid from what we can see on the body.  The interior, which is now definitely cream rather than tan looks presentable but has a 'too new' sheen suggesting its been reconolised in the not too distant past, the wood on the dash presentable but dull and lacking any obvious lacquer or polish to the door tops.  Starting promptly as we moved it around for these shots and video it seems to run as it should, the old 6.75 V8 throbbing nicely on idle and under load, the gears engaging correctly.  We did notice the passenger side front and rear doors wouldnt open, the locks or mechanism appearing reluctant to work as they should.

In addition, there are various RR club publications, ownersclub information (dated 1999), a spare roll of gold coach line, photographs of refurbished brake callipers both before and after by Big Red (2017) and a host of historic and recent invoices  including a set of HT leads in 2017 and service kit in March 2017 carried out by Mills & Walker of Lydney including balance and tune of the carb at 20,817 miles plus a gearbox oil change at the same time too at a cost of £2,493.

In addition, a 2nd and 3rd box file of full of invoices show regular maintenance and expenditure dating back through the years to at least 1989 if not before in date marked wallets, numerous old photos of the car in its prime and at least 16 old MOT certificates. The car was last presented for an MOT in 2017 when it passed with just one advisory for tyre perishing at 20,777 miles.

Another bill on file shows purchase of the car in October 2018 for £12,000 - a considerable lump of cash not too long ago. Evidently the car has cosmetically deteriorated since then, but its by no means past saving and given its history it would be a crying shame to let it go.