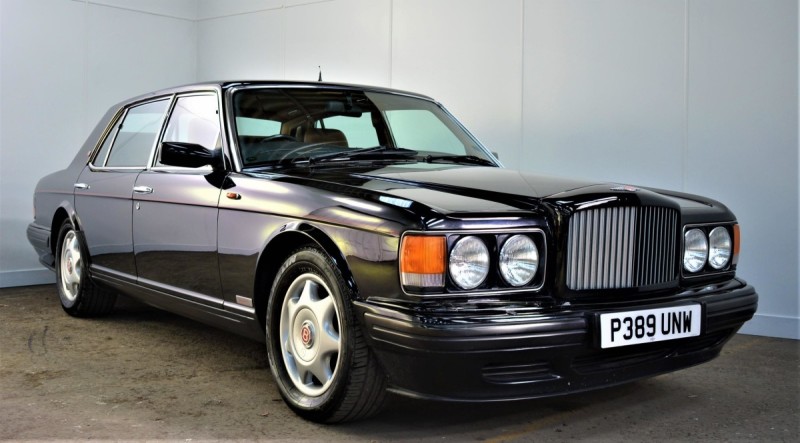 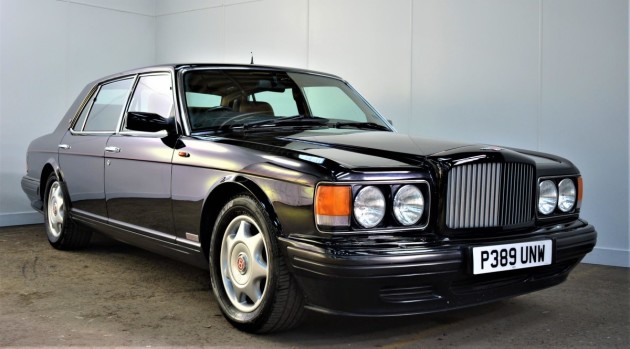 Dating from April 1997 this late model Turbo R comes in LWB form, offering rear passengers even more luxury and legroom than the standard bodied cars.  Featuring the proven 6.75-litre V8 with turbocharger and as a 'new Turbo R' - the post 1995 face-lift series features Zytek fuel injection and subtle improvements to the car's appearance.

Finished here in black with discreet red coachline boasting a beautiful tan leather interior and extended walnut including to the front and rear doors, the cabin is a supremely inviting environment and comfortable place to behold.  Showing just 75,776 miles in the hands of its four owners, the car has seen little use in recent years, spending the last 7 years in storage since the last MOT in July 2014 at 75,732 miles.  The car comes with a fresh MOT valid until March 2022 with five advisories recorded, four for tyres showing signs of perishing and one for brake pads wearing thin.

The history file includes the current V5C, two old V5Cs, 2 old MOTs and a selection of invoices dating back to 2005 from both Bentley main dealers and independant marque specialists.  Invoices include a £5,301 spend at bentley Birmingham in 2005 at 47,468 miles on a major service plus new discs, gas suspension springs, brake accumulators and so on, new front side lamp assembly costing £205 from Jack Barclay Bentley in December 2003 at 34,819 miles and other annual service work also at Jack Barclay and others dating back to 2002.  We also find a purchase invoice for the Bentley from a Lexus main dealer in Oxford dated January 2003 for £39,850 at 19,800 miles (quite some depreciation from new!!).

More recently, a replacement headlamp assembly was supplied at a cost of £190.93 in June 2007, major vehicle health check and inspection was carried out in March 2007 by RR & B Bentley Specialists who quote an eye watering £22,000+vat to 'bring the car up to par' and rectify faults found.  Following on from this quote, the owner spent an astonishing £19,663.34 (including cylinder head end cover gaskets) on the works advised in June 2007 at 69,518 miles plus a further £1,481.84 later that same month to have a new headlining fitted with a colour matched hide. Wow.

The car, as mentioned has seen little use in the past few years so would no doubt benefit from some regular use!