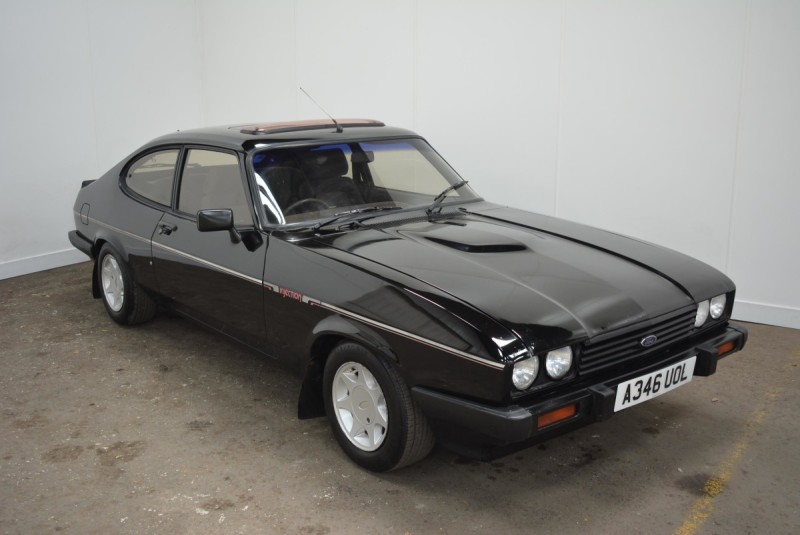 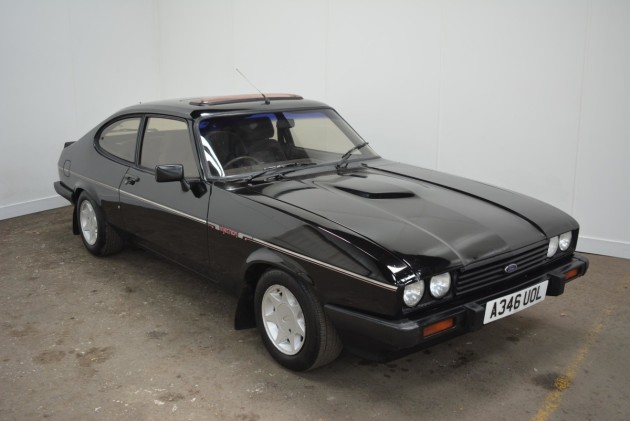 Dating from August 1983 this MkIII was recently pulled out of a garage along with the white 2.8 injection Capri also in this sale. It was found to have strong potential and was soon up and running, with a particuarly fruity note from its twin-pipe exhaust. The car has faired will given it has been in storage, unused for nine years.

The bodywork looks reasonably sound, with areas that could be improved cosmetically, but fundamentally appears in solid condition. There has been some welding carried out ahead of its recent MOT which is now valid until March 2022 which shows no advisories.

Inside, we find the Recaro interior in a good state with the random addition of a turbo boost gauge, although there is no turbo fitted, yellow dials, original clock, sunroof, additon of rather fetching wood effect trim and a short-shift kit to the transmission making the usually somehat ponderous gear selection tight and accurate with a lovely short throw to it.  Starting promptly as we moved it around for these shots the 2.8 Cologne V6 engine sounds throaty, the car feeling responsive to the touch of the throttle - a sticker under the bonnet suggests fitment of a Burton cam although there is no documentation to support this.

The history file includes only the V5C showing five former keepers and the recent MOT.

A cool coupe, in desirable black with the peppier V6 engine, twin pipes, 7-spoke RS style alloy wheels, an indicated mileage of  65,025 plus the throaty exhaust note - there's much to like about this use and improve Capri....